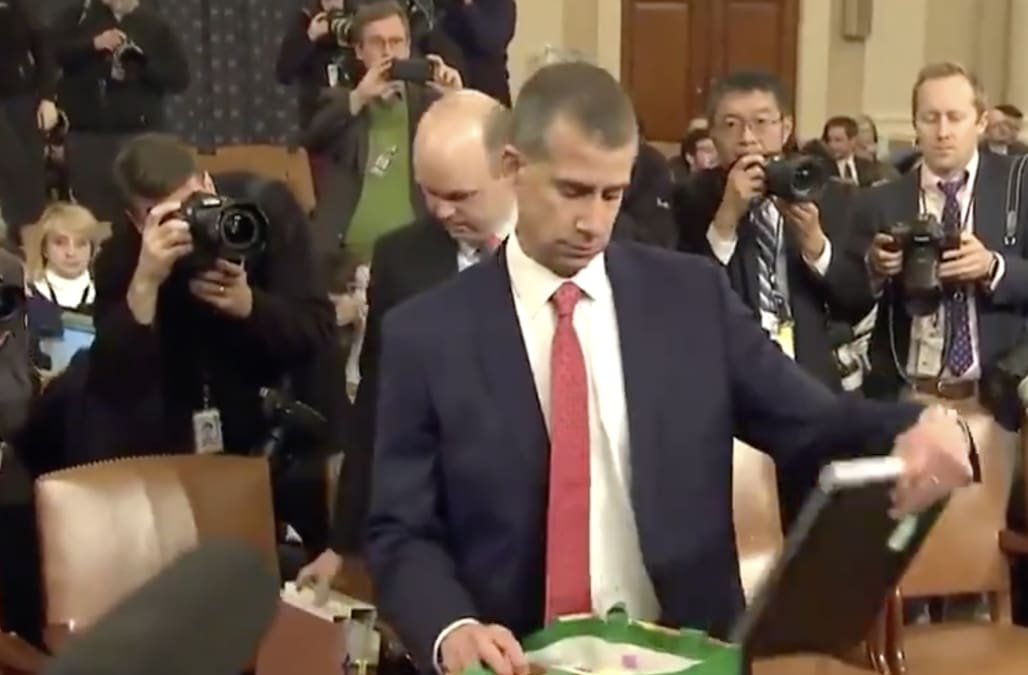 A lawyer representing Republicans raised eyebrows with the bag he used to bring his documents to a hearing in the impeachment inquiry of President Donald Trump.

In a clip from the hearing posted on Twitter, which has been viewed over 1 million times, Steve Castor, who is serving as counsel to the House's GOP members, is seen walking into the room with a reusable shopping bag from what appeared to be the grocery chain, Fresh Market.

Castor then proceeds to take out binders, of what appeared to be documents related to the hearing.

People were amused and confused by his choice to use the reusable bag rather than a traditional briefcase. Some thought the bag was funny, while others found it to be "completely unprofessional."

That time your lawyer makes a stop at the Whole Foods hot bar, on his way to defend you in Congress. pic.twitter.com/BifmoY7t3X

One person even suggested that the moment was so momentous that it could make its way into history textbooks.

"Let this sink in," the commenter said. "There may be a picture of this grocery tote in a history book someday."