End of an era? Colts' Adam Vinatieri lands on IR with knee injury 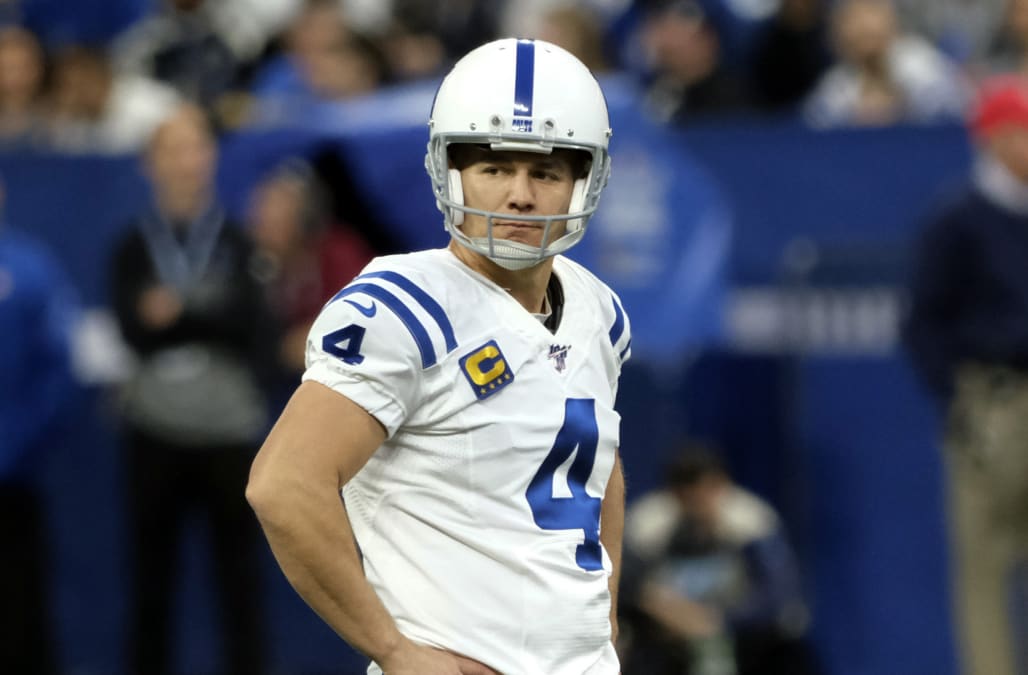 According to ESPN’s Adam Schefter, Vinatieri will be placed on injured reserve with a knee injury.

Colts kicker Adam Vinatieri will undergo season-ending knee surgery and will be placed on injured reserve, per source.

The NFL’s all-time leading scorer, Vinatieri nonetheless has endured a tough season that has seen him miss eight field-goal attempts and six extra-point tries. The Colts had to sign Chase McLaughlin to kick for them Sunday when Vinatieri endured too much knee discomfort.

This obviously begs the question of whether Vinatieri, who turns 47 years old in a few weeks, will kick again in the NFL. If he does, it won’t be until the 2020 NFL season.

Vinatieri entered the NFL in 1996 and has scored 2,673 points — ahead of Pro Football Hall of Famer Morten Andersen — in his 365 games with the New England Patriots and Colts. Vinatieri is second all time in games played to Andersen, who appeared in 382 contests.

Vinatieri was just named to the NFL 100 All-Time Team. He’s the leading scorer in Colts history and No. 2 all time in points in New England’s annals.