Dentist caught riding a hoverboard while extracting a patient's tooth 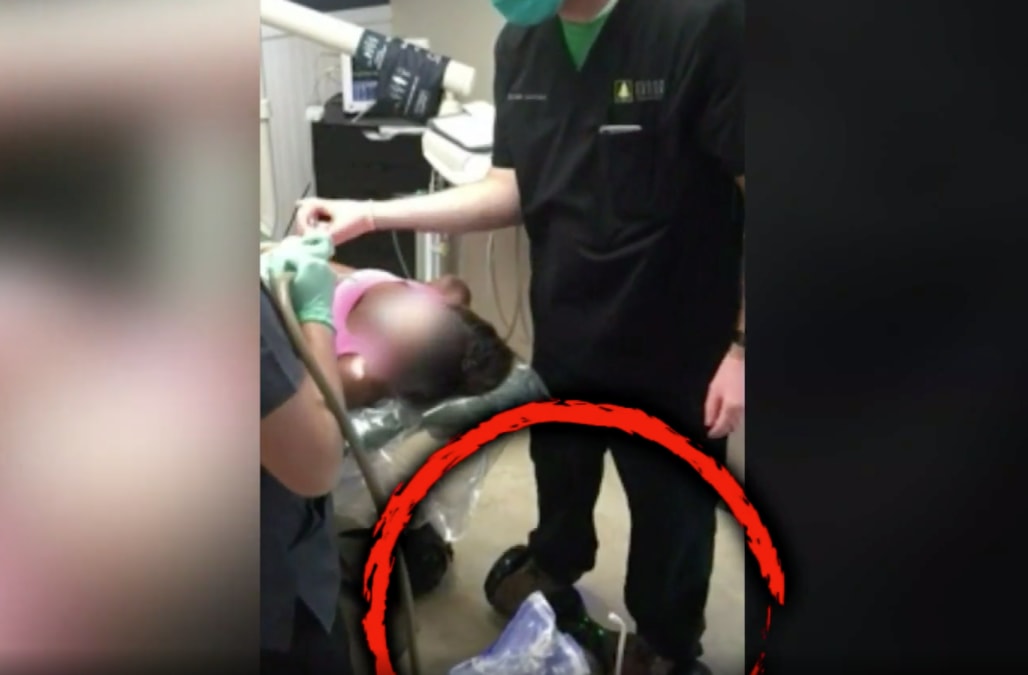 Footage of a dentist riding a hoverboard while he extracts a patient's tooth has gone viral. Dr. Seth Lookhart is now being charged with "unlawful dental acts," as well as Medicaid fraud and theft.

Veronica Wilhelm, the patient, was sedated during the operation in 2016 and had no idea Lookhart was riding a hoverboard or even filming her surgery. According to CNN, it was when investigators got a hold of the footage and contacted her to confirm she was the patient in the video that she learned what had happened.

In the video, Lookhart is seen pulling out Wilhelm's tooth as the camera pans down to show he's standing on a hoverboard. He hands the tooth over to his assistant and zooms out of the room before riding down the hallway with his arms up in celebration.

Inside Edition reported that Lookhart was so impressed by the video that he texted it to eight people. It eventually made its way from Anchorage, Alaska to New York City, where dentist Dr. Brian Kantor was shocked by the clip.

"It was so unprofessional and unethical, what this doctor did," Kantor told Inside Edition.

Now Lookhart is on trial for more than 40 charges. In addition to filming Wilhelm without her consent and failing to tell her that he would be riding a hoverboard during the operation, Lookhart was accused of billing Medicaid more than $25,000 for unnecessary procedures, scheming to defraud Alaska Medicaid out of $10,000 and stealing more than $25,000 in diverted funds from the Alaska Dental Arts.

His dentistry license was revoked in 2017, a year after the hoverboard incident. His trial started on Nov. 12 and his lawyer argues that he should not lose his license for good over something "idiotic."

"I've been doing this for 30 years. He's not the first person to do something idiotic. I've seen things a lot worse and nobody's ever had criminal charges filed against them. As the law is written, I don't believe that's a crime," Lookhart's attorney Paul Stockler told CNN.

"I just think that what you did was outrageous, narcissistic, you know, and crazy," Wilhelm said to Lookhart in court, according to KTUU. "I forgive you for all of that, but there's obviously a high-priced lesson that you're going to have to learn."