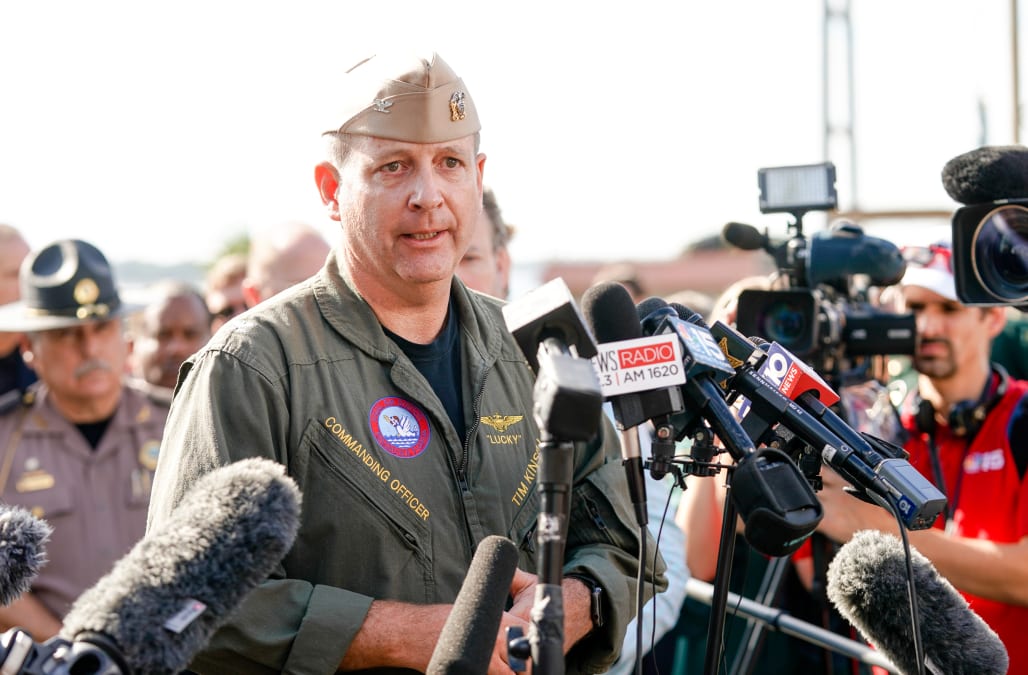 The three young men who were shot dead on Friday morning at Naval Air Station Pensacola were hailed by U.S. Navy leaders as heroes who “didn’t run from danger” when confronted by the assailant but instead “ran towards it and saved lives.”

All three were students at Naval Aviation Schools Command.

#UPDATE: #USNavy releases names of the Sailors Killed in @NASPCOLA Shooting. "We feel the loss profoundly and grieve with the family and friends of the deceased." - Capt. Tim Kinsella, CO, NAS Pensacola https://t.co/mhqmUBehI7pic.twitter.com/tQuSGtf3Wh

Capt. Tim Kinsella, the commanding officer of NAS Pensacola, praised Watson, Haitham and Walters for their “exceptional heroism and bravery in the face of evil.”

“We feel the loss profoundly and grieve with the family and friends of the deceased,” he said in a statement.

“When confronted, they didn’t run from danger; they ran towards it and saved lives. If not for their actions, and the actions of the Naval Security Force that were the first responders on the scene, this incident could have been far worse,” Kinsella continued.

The officer did not elaborate on what actions the men had taken ― but the brother of at least one of the men said his sibling, while fatally wounded, had alerted first responders to the active shooter situation, potentially averting an even greater tragedy.

Adam Watson said in a Friday Facebook post that his younger brother had “saved countless lives today with his own.”

“He died a hero and we are beyond proud but there is a hole in our hearts that can never be filled,” Watson wrote.

Joshua Watson’s father, Benjamin Watson, told the Pensacola News Journal that his son was shot at least five times in the attack.

He said it had been his son’s dream to become a Navy pilot and he had reported to the Pensacola flight school just two weeks ago.

“His mission was to confront evil,” the elder Watson said. “To bring the fight to them, wherever it took him. He was willing to risk his life for his country. We never thought he would die in Florida.”

Haitham’s father told CNN his son was an “all-star athlete” who was “very kind and fun to be around.”

His mother, Evelyn Brady, said Haitham ― who joined the Navy last year after graduating from high school ― had been looking forward to graduating from the flight school program later this month,

“He said he was going to get his flight jacket for Christmas,” she told the Tampa Bay Times. “Now that’s not going to happen.”

Mohammed Haitham, 19, has been identified as one of the victims killed in the Naval Air Station Pensacola shooting. He enlisted in the Navy and was training to be a pilot after graduating from high school in Lakeland, Florida, where he was a track star: https://t.co/rVpd6X64atpic.twitter.com/5KeEI9RTjS

Navy officials have identified a Saudi Arabian aviation student as the gunman in Friday’s shooting.

The student allegedly hosted a dinner party in the days before the attack during which he and three others watched videos of mass shootings, a U.S. official told The Associated Press﻿ on Saturday.

Officials have said they’re investigating whether the attack was terrorism-related.