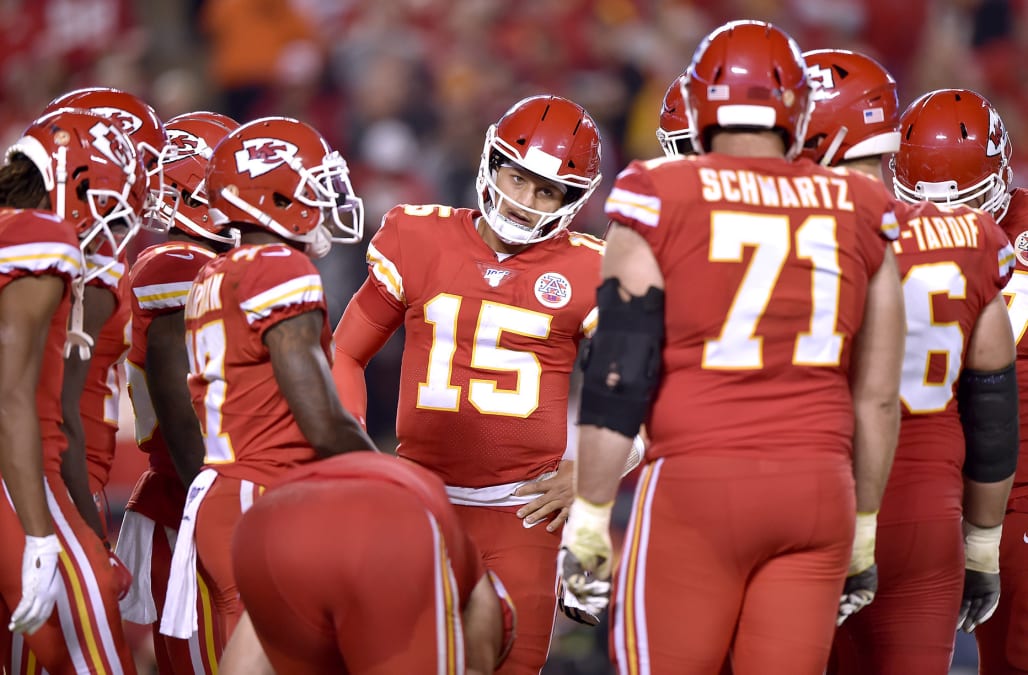 This is a significant development and potentially huge mistake:

Via Adam Schefter of ESPN, an equipment container holding the bags of roughly 35 Kansas City Chiefs players was not unloaded from the team’s plane on Saturday and instead made its way to Newark, N.J.

The bags hold necessities like shoulder pads, helmets and footballs. It’s not clear which players are impacted.

It was Kansas City’s mistake and the team’s responsibility; the Chiefs did not take the equipment off of its plane.

The bags are being rushed back to Foxborough, Mass. and were expected to be at Gillette Stadium between 3-3:30 p.m. ET, barely an hour before kickoff. Teams are generally in full uniform and warming up and hour before game time.

Citing a source, Schefter said the Chiefs would have to forfeit the game if the bags don’t arrive by the time the game is scheduled to begin.

“I’ve never heard that before,” one source told Schefter.

Update (2:40 p.m. ET): The bags have arrived at Gillette Stadium. CBS sideline reporter Tracy Wolfson tweeted a picture of Chiefs’ equipment managers carrying them, and ESPN’s Jeff Darlington posted this video, likely funny to everyone but the Chiefs and their fans, of a line of employees hustling through the bowels of Gillette Stadium.

Game on! The Chiefs’ equipment has arrived! It got to the stadium — thanks to a police escort — about 15 minutes ago at 2:40 pm. Check out the army of guys bringing it in: pic.twitter.com/cUeqfLaOmI

Twitter follower and Patriots fan Andy Ellis was on the plane with the bags; they arrived from Newark to Boston’s Logan Airport via United Airlines flight 1990. Darlington said the bags got a police escort to the stadium (those are typically paid by the team).

More from Yahoo Sports:
Report: Odell Beckham Jr. needs surgery, but will continue playing through 'painful' injury
The NFL tried to fine the Saints' Demario Davis for his 'Man of God' headband. Here's what happened next
Report: Cowboys have 'very real interest' in Urban Meyer, view Lincoln Riley as possibility