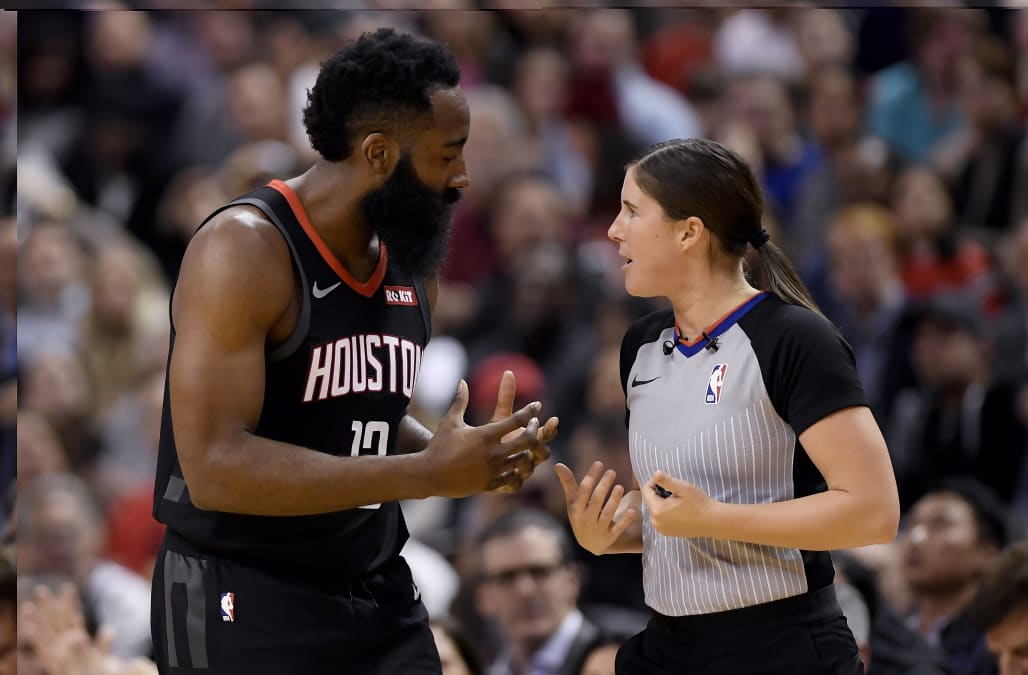 After waiting for the NBA to step in and give them another shot at beating the San Antonio Spurs, the Houston Rockets are instead going forward with their own protest of Tuesday’s loss.

The Rockets will file a protest of their loss to the Spurs, arguing that the officials’ failure to count James Harden’s dunk — which replay showed went through the rim, into the net, then up and around the outside of the rim — was a “misapplication of the rules,” according to the Houston Chronicle’s Jonathan Feigen.

ESPN’s Tim McMahon has also reported the Rockets will protest the outcome of the game.

Wow, they didn't give Harden points for his dunk... pic.twitter.com/45vC1Mrvwd

The protest will also reportedly cite the officials’ failure to grant a coaches’ challenge. Crew chief James Capers said after the game that the Rockets failed to actually request a challenge within the required 30-second while they were arguing the call.

The error occurred with 7:50 remaining in the fourth quarter of a game the Rockets would eventually lose 135-133 in double overtime. Obviously, two extra points in a game that finished tied in regulation would be a very important swing.

The Rockets reportedly indicated they were confident the NBA would step in after the game, and believed they should have either been awarded the win (laughably unlikely) or force the final 7:50 of regulation to be replayed.

Sources: Rockets’ hope is that final 7:50 will be replayed with Houston up by 15 points. Rockets have no expectation that NBA would award them a win based on Houston actually outscoring Spurs in regulation, which was a possibility raised by a Rockets source in wake of the loss. https://t.co/HFzy0PXGH6

The league has reportedly started its own investigation, but the Rockets apparently opted to file their protest to ensure a ruling on the game. NBA rules stipulate that teams have to file a protest with 48 hours of the game in question. Once the protest is filed, teams will have up to five days to present their evidence, then NBA commissioner Adam Silver will have more five more days to issue a ruling.

Is there precedent for the Rockets’ protest?

Per the Chronicle, you have to go all the way back to 2008 to find the last time a part of a game had to be replayed because of officials’ error. That was when a scorer incorrectly ruled Shaquille O’Neal, then of the Miami Heat, had fouled out despite having only five fouls. By the time the game was replayed, O’Neal was a member of the Phoenix Suns.

Before that, the previous successful protest was by the San Antonio Spurs in 1982. Suffice to say, protests forcing teams to replay a portion of a game are rare, and the Rockets will possibly have to prove the officials erred not just in not counting Harden’s dunk, but also in not granting them a challenge.