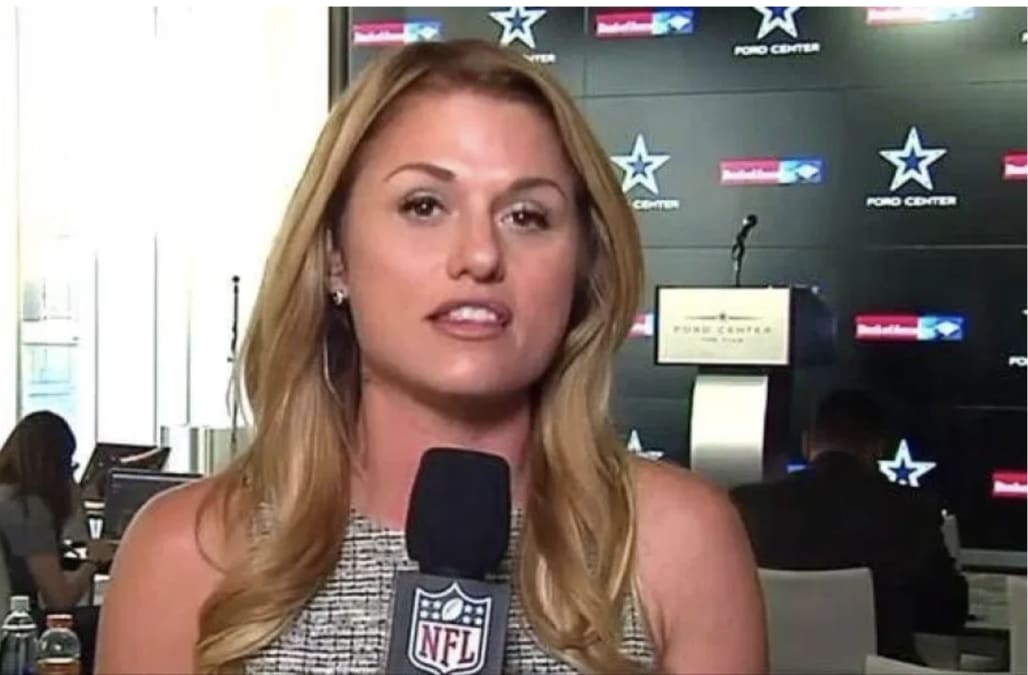 Days after Peloton’s new holiday ad sparked controversy over the idea of sexist or offensive gift giving, people on social media are continuing the conversation about giving exercise equipment as presents to loved ones. Most recently, NFL Network correspondent Jane Slater chimed in to say that she hadn’t been offended when her ex-boyfriend bought her a Fitbit, until it later gave her some intel about his secret affair.

Slater was tweeting in response to fellow NFL reporter, Albert Breer, who defended his choice to buy his wife a Peloton three years ago by writing, “She was not offended.” Breer’s tweet follows an outcry of criticism over Peloton’s Nov. 21 holiday commercial, which people have called sexist and even a form of body-shaming. And although Slater shared that she “loved” that her boyfriend got her a Fitbit for Christmas to keep track of her fitness activity and goals, the reason she ended up changing her mind about the device was quite different from the Peloton commercial’s mixed messaging.

In fact, Slater agreed with Breer about not being offended by the gift, until it ultimately revealed that something was wrong in their relationship.

An Ex Boyfriend once got me a Fitbit for Christmas. I loved it. We synched up, motivated each other... didn’t hate it until he was unaccounted for at 4am and his physical activity levels were spiking on the app 🥴wish the story wasn’t real. https://t.co/npRkLJYYz0

“I loved it. We synched up, motivated each other,” Slater wrote, “...didn’t hate it until he was unaccounted for at 4am and his physical activity levels were spiking on the app.”

Slater added “wish the story wasn’t real,” before publishing a follow-up tweet confirming that her ex wasn’t in fact at a workout class in the middle of the night.

Spoiler alert: he was not enrolled in an OrangeTheory class at 4am.

She even admitted to calling the cops because she was at his house with balloons as the next day was his birthday, and said that the behavior was “out of character.” And although the story wasn’t funny to Slater at the time, she wrote that she has since laughed about it many times. One person even replied to her tweet to say that she experienced the same thing.

Jane! My ex husband got caught in an affair because he was wearing the training watch and heartbeat monitor my mom bought him for Christmas - while “running”. It was the under-one-minute heart rate spike that confirmed things for me! #prematuresayswhat

Others hilariously chimed in with some alternate ideas about what Slater’s ex could have been doing to set his Fitbit off.

Left it in his gym shorts and was running a little late night laundry?

Sounds like you jumped to conclusions, Jane. Maybe he was a former three year high school football letterman like me who rises at 4 am every morning to run routes in cleats.

Now, people might be a bit more suspicious about their significant others buying them a Fitbit.