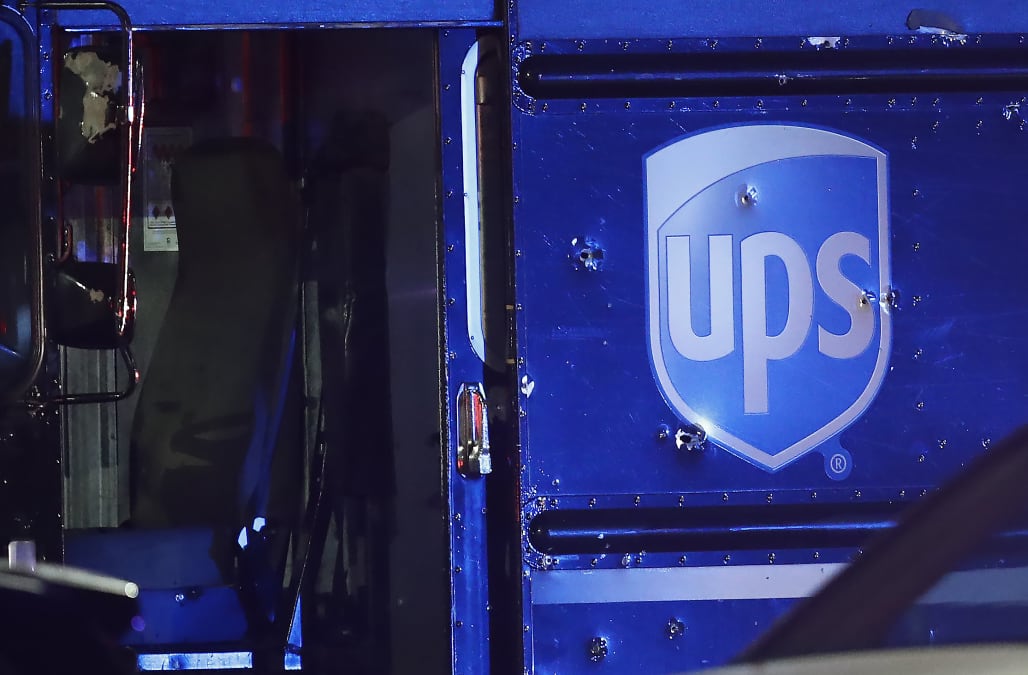 Four people are dead after a UPS truck was commandeered following an attempted armed robbery on South Florida's glitzy Miracle Mile on Thursday, leading police on a two-county rush-hour chase that ended in a hail of gunfire, authorities said.

Two people suspected to have been the robbers, in addition to the UPS driver and a nearby motorist were killed 20 miles away after the nationally televised freeway pursuit, George Piro, special agent in charge of the FBI's Miami field office, said.

The incident began in Miami-Dade County at about 4:15 p.m., when two people tried to rob Regent Jewelers on the Miracle Mile, the downtown stretch of Coral Gables that is home to many glamorous stores and restaurants, Piro said.

The suspects exchanged gunfire with the owner of the jewelry store, and a worker was being treated for undisclosed injuries, Coral Gables Police Chief Ed Hudak Jr. said. At least one bullet also hit a window at City Hall, but no injuries were reported, Hudak said.

Officers responded to the scene within a minute and a half of a silent alarm in the store being triggered, but did not exchange fire with the suspects there.

The robbers then hijacked a nearby UPS truck, abducting its driver, Hudak said. A fleet of law enforcement vehicles gave chase in a pursuit that was broadcast across the country.

The chase was "terminated" 20 miles away in Miramar in Broward County, Hudak said.

News helicopter videos appeared to show a person falling out of the truck after several shots were fired.

The UPS driver who was killed was identified by his family as Frank Ordonez, 27. The father of two had only recently begun driving the route he was on Thursday, his family said.

Ordonez's stepfather, Joe Merino, said when he saw the video showing the conclusion of the chase, "I knew he was dead. He wasn’t moving."

"For this to happen, I think, it was just unnecessary," Merino said. "Other tactics should have been applied, and they weren’t, so when I say the word devastated, it’s an understatement."

It's unclear whose gunfire hit Ordonez.

UPS said it was "deeply saddened to learn a UPS service provider was a victim of this senseless act of violence."

Hudak said: "This is what dangerous people do to get away, and this is what people will do to avoid capture."

"In matters like this, it is just difficult for all of us, not just in law enforcement but also in society," he said. "This is what we sign up to do, but these people don't," he said, referring to the victims.

The FBI and the federal Bureau of Alcohol, Tobacco, Firearms and Explosives joined state and local police in investigating.