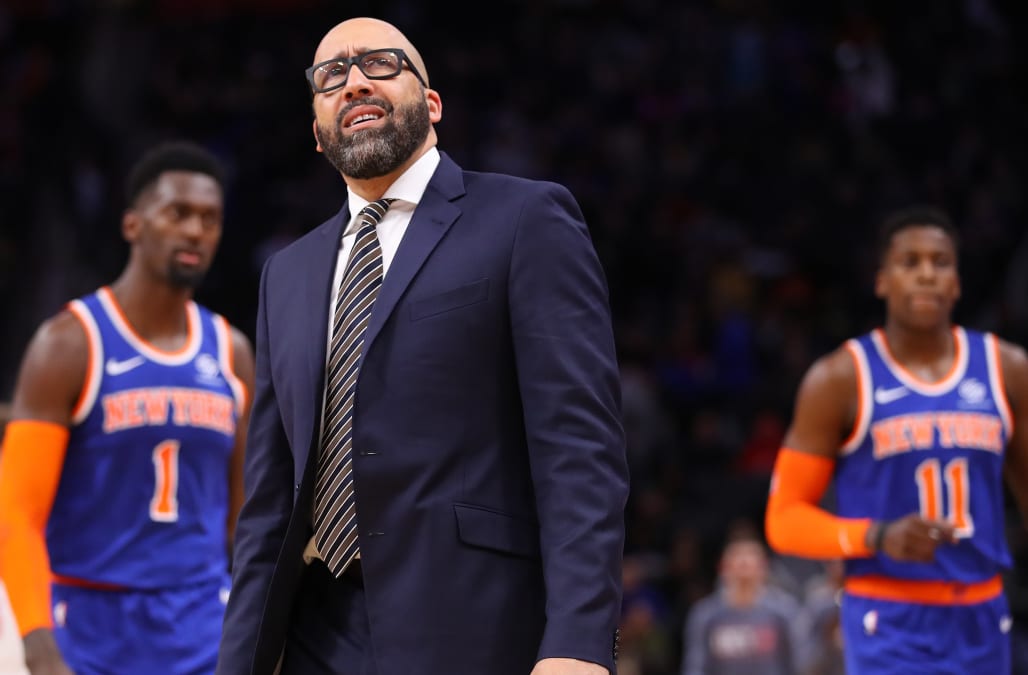 After a disappointing offseason spiraled into a disastrous start to the regular season, the New York Knicks fired head coach David Fizdale on Friday, according to ESPN’s Adrian Wojnarowski.

David Fizdale has been fired by the Knicks, source confirms, as reported by @wojespn . Back-to-back no-shows were the final dagger, but Fizdale ultimately the scapegoat for terrible roster-building by Steve Mills and Scott Perry

Knicks assistant Keith Smart was also fired. According to Wojnarowski, assistants Mike Miller and Pat Sullivan are both candidates to become the team’s interim head coach.

Fizdale was in the midst of his second year on the job after a 17-65 finish to the 2018-19 season. The Knicks hired the former Memphis Grizzlies head coach during the 2018 offseason when the team had its sights set on rebuilding around the free agent class of 2019.

Fired in Memphis during his second season in 2017, Fizdale arrived in New York with a reputation as players’ coach.

The Knicks, behind the executive leadership of general manager Scott Perry, team president Steve Mills and owner James Dolan, made the decision last season to trade Kristaps Porzingis to the Dallas Mavericks in an effort to clear cap space for the 2019 offseason.

With their sights set on Kevin Durant and Kyrie Irving in a blockbuster free agent class, the Knicks instead settled for Julius Randle, Taj Gibson, Marcus Morris, Bobby Portis, Wayne Ellington and Elfrid Payton. Durant and Irving signed with the crosstown rival Brooklyn Nets instead.

The Knicks also missed out on the Zion Williamson NBA lottery sweepstakes and settled for RJ Barrett with the No. 3 pick in the draft.

That new core in New York is off to a worse start than last season’s last-place finisher in the Eastern Conference and ultimately cost Fizdale his job. The Knicks, fresh off a 44-point blowout loss to the Milwaukee Bucks on Monday, fell in similar fashion to the Denver Nuggets on Thursday — a loss Fizdale called “sickening.”

With the makeshift roster lacking All-Star level NBA talent, it’s fair to ask what could have reasonably been expected of Fizdale’s team on the court. He wasn’t in charge of personnel decisions in New York. But as the double-digit losses piled up, it became clear that his job was in jeopardy.

Fizdale was in the second year of a four-year deal reportedly valued at $22 million. He finished with a 21-83 overall record with the organization.