Cowboys get embarrassed by Bears, and shamefully are still likely to make playoffs 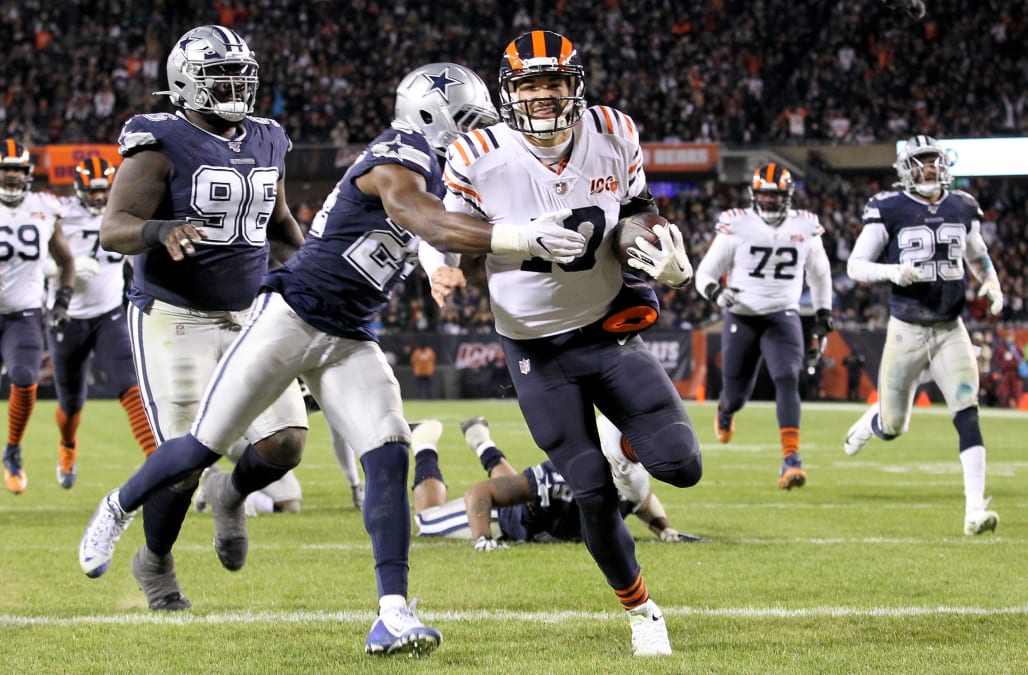 Keep in mind, the team that got embarrassed on “Thursday Night Football” and fell to 6-7 is still probably going to the playoffs.

This Dallas Cowboys season is descending into madness. They scored on the first drive of Thursday night’s game against the Chicago Bears, then practically quit playing. It was stunning how bad the Cowboys were as the mediocre Bears blasted them 31-24. The final score didn’t indicate how lopsided the game was.

Then again, maybe Thursday’s result shouldn’t be so stunning. Dallas has been awful against every good team it has played this season. The Cowboys are lucky they’re in the NFC East, which continues its argument as the worst division in recent history. That Dallas team you watched get run off the field in Chicago is still somehow in first place.

As much as Cowboys fans want Jason Garrett gone, and will have a few extra days before Week 15 to voice that opinion, team owner Jerry Jones has been resistant to that change. And, well, when the topic of firing Garrett right now came up, Garrett’s old teammate Troy Aikman had a painful observation.

“You have to ask yourself, who on that staff has earned the right to be an interim head coach?” Aikman said on the Fox broadcast. “I can’t think of one guy who has done a good enough job with his position, much less a coordinator, that you’d put in that seat.”

But at what point do the Cowboys need a change just to wake up their underachieving team?

The team we saw Thursday night won’t make the slightest bit of noise in the playoffs, despite its talented roster. The Cowboys looked like a team that has checked out on Garrett. They didn’t tackle all night. After a good start, the offense was stuck. Dak Prescott was off. Amari Cooper wasn’t a factor until the game was out of hand. The running game started well and then disappeared, which has happened a few times. And the special teams got the expected missed field goal from Brett Maher, his 10th miss of the year.

The Cowboys are an absolute mess. Thursday night was an embarrassment. Firing Garrett now might not fix anything, but it doesn’t seem like they have much to lose either.

The Bears played well, which has been rare this season. Mitchell Trubisky looks more confident, and it helps that he’s running more to open things up. His rushing touchdown in the fourth quarter ended a brief Cowboys rally. Chicago’s defense allowed a long drive to start the game, then clamped down. Prescott rarely found anyone open. The Bears aren’t exactly in the NFC playoff race, but they’re not mathematically eliminated yet.

And, strangely, the Cowboys’ playoff odds didn’t change all that much. Their season rests on that late-season game at Philadelphia. And, again, the Eagles are terrible as well. That will not be a pretty game but it will determine one of the 12 playoff spots. The putrid 2019 NFC East should get the NFL to rethink giving division champs an automatic playoff berth.

But the rules are the rules, and we’ll likely be stuck with Garrett and his underachieving Cowboys on that Saturday night on wild-card weekend, as a seven- or eight-win team hosting a San Francisco 49ers or Seattle Seahawks team that finishes 13-3 or 12-4 but doesn’t win the NFC West. That doesn’t seem fair.

Perhaps Garrett won’t be around for that. At some point, even Jones won’t be able to watch his talented team lay down week after week.