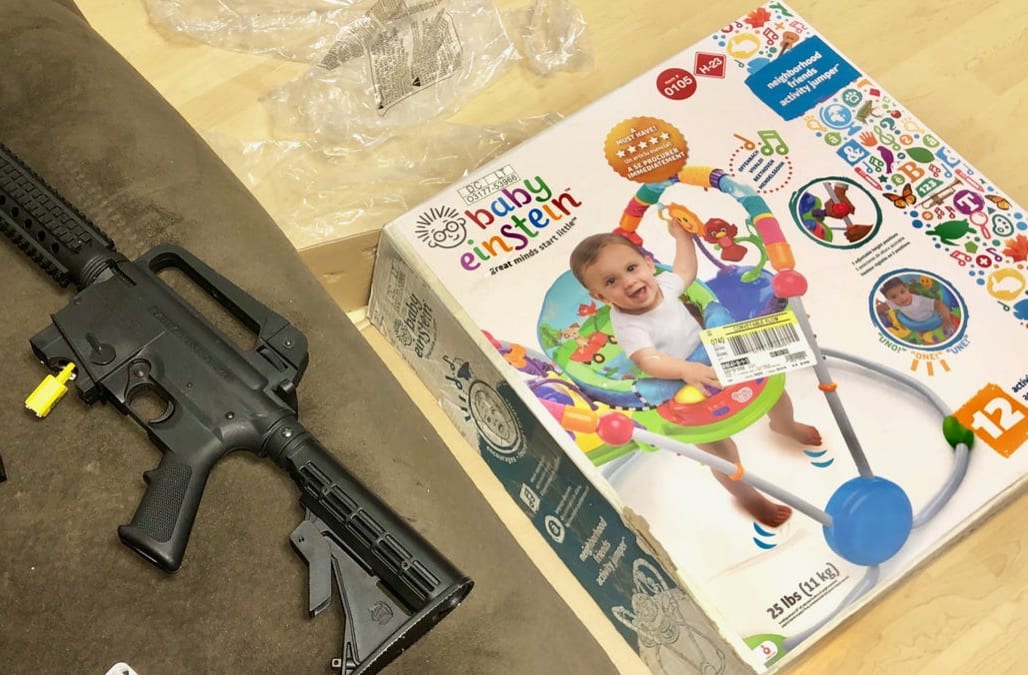 A woman who thought she scored a great deal on a Baby Einstein bouncer at a local thrift store was shocked to find something else entirely in the box.

Veronica Alvarez-Rodriguez stopped at a Goodwill in Valparaiso, Fla., before heading to a baby shower with her husband on Sunday, USA Today reported. She found the bouncer in a seemingly unopened, brand new box for just $9.99.

"It was like the perfect gift for the baby shower," Alvarez-Rodriguez said.

But when the father-to-be opened the gift at the baby shower, he was surprised to find that it was a loaded semi-automatic rifle — not a Baby Einstein bouncer.

"You guys got me a gun!" Alvarez-Rodriguez said he shouted.

While some of the guests found it funny, Alvarez-Rodriguez said she and her husband were shocked to see the Mossberg 715T semi-automatic rifle. The couple called the police to report what had happened.

The Crestview Police Department initially let the soon-to-be father keep the gun, but the next day asked for him to turn it over. After running the rifle through a national database, police found that the gun was not stolen and had not been associated with any criminal activity, according to USA Today.

The incident is still being investigated as police work to track down how the gun was donated and who it belongs to.

More from Aol.com:
Teacher removed after revealing to students the truth about Santa Claus
Doctor sues patient for $25,000 over negative Yelp review
Uber faces backlash over 'separate' bathroom controversy: 'This was a mistake'