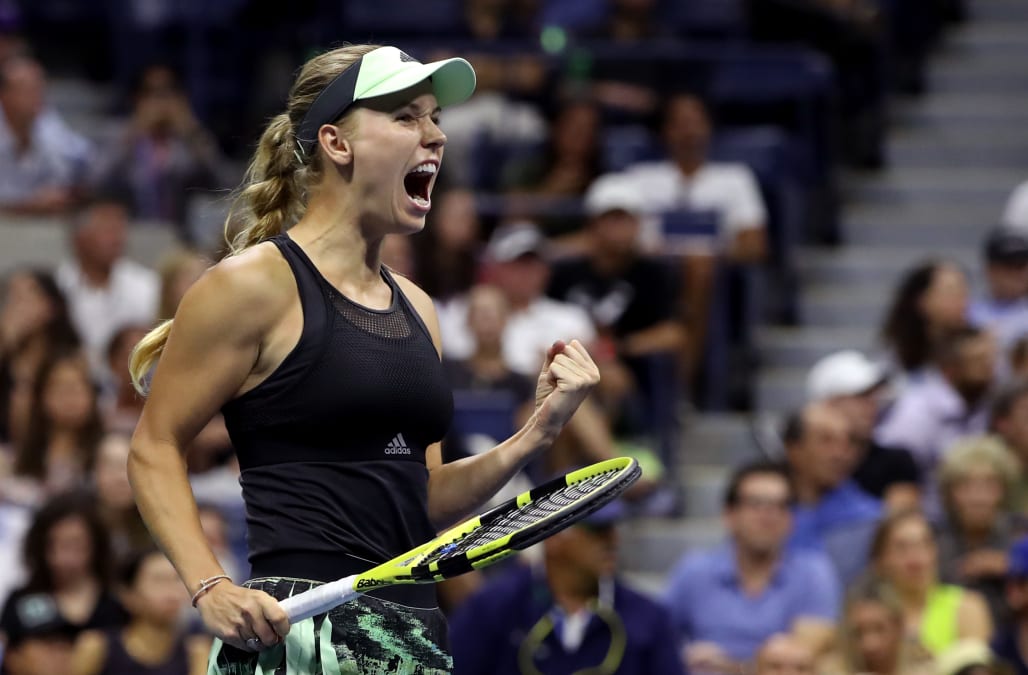 Caroline Wozniacki, a former No. 1 tennis player, announced she will retire from the sport after the 2020 Australian Open. The 29-year-old is currently ranked No. 37 in the world and has 30 singles titles over her career.

Wozniacki first shared the news during an appearance Friday on Good Morning America, telling the hosts she was “ready to move on to the next chapter of my life.” She then shared a statement on her social media pages.

I’ve played professionally since I was 15 years old. In that time I’ve experienced an amazing first chapter of my life. With 30 WTA singles titles, a world #1 ranking for 71 weeks, a WTA Finals victory, 3 Olympics, including carrying the flag for my native Denmark, and winning the 2018 Australian Open Grand slam championship, I’ve accomplished everything I could ever dream of on the court. I’ve always told myself, when the time comes, that there are things away from tennis that I want to do more, then it’s time to be done. In recent months, I’ve realized that there is a lot more in life that I’d like to accomplish off the court. Getting married to David was one of those goals and starting a family with him while continuing to travel the world and helping raise awareness about rheumatoid arthritis (project upcoming) are all passions of mine moving forward. So with that, today I am announcing that I will be retiring from professional tennis after the Australian Open in January. This has nothing to do with my health and this isn’t a goodbye, I look forward to sharing my exciting journey ahead with all of you! Finally, I want to thank with all my heart, the fans, my friends, my sponsors, my team, especially my father as my coach, my husband, and my family for decades of support! Without all of you I could have never have done this!

Wozniacki won the 2018 Australian Open, her lone Grand Slam title, with a victory over top seed Simona Halep. The Denmark native finished runner-up at the 2009 U.S. Open and the 2010 WTA Tour Championships, earning the No. 1 ranking for 71 weeks between ’10 and ’11 Her most recent match was a semifinal loss to Naomi Osaka at the China Open.

She said the retirement has nothing to do with her health and more to do with what else she wants to accomplish in life as well as leaving the sport on a high note.

"It’s obviously a decision I’ve thought about for a long time. I just got married this year so that’s exciting and ... there are so many other things I’d like to do off the court," Wozniacki said on Good Morning America. "I’ve always thought when there are other things I’d want to do more it’s just time to be done."

"It just felt right in my heart," she added. "It’s never going to be an easy decision when you’ve done this your whole life but it just feels right. I’m ready for it."

Wozniacki struggled in 2019, missing a singles title for the first time in her career as she battled injuries and dropping from the top 5 in rank. The year prior, 10 months after winning her first slam title, she announced a diagnosis of rheumatoid arthritis.

“I don’t think it is hindering me,” she told People. “It makes some things more challenging, but I feel great in the day-to-day. I feel like I can do anything, and I’ve won some of my biggest titles of my career with this illness.”

In June, Wozniacki married former New York Knicks player Daniel Lee and the couple recently moved to a condo on Fisher Island in Miami. One of the 18 tennis courts at the  Palazzo Del Sol facility is named after the tennis star.

In her social media announcement, the star said she wants to start a family while traveling and promoting awareness about rheumatoid arthritis. She also began classes at Harvard Business School this past September.