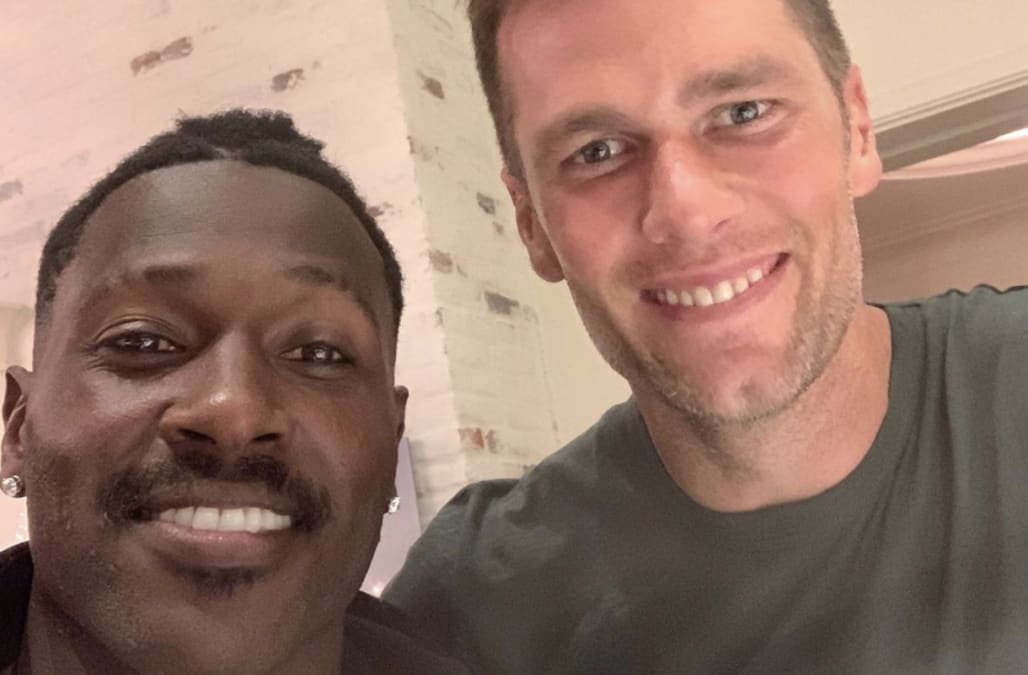 Antonio Brown is seemingly still trying to get the attention of the New England Patriots.

The former Patriots wide receiver took to Instagram on Thursday to share a photo of himself alongside longtime team quarterback Tom Brady. The selfie had been taken in September, when Brown and Brady were teammates, so even though there's no #TBT hashtag included, it's definitely a throwback moment.

If you're wondering, Brady did, in fact, like the post, as did Baltimore Ravens quarterback Lamar Jackson — who probably "likes" the fact that his biggest competition in the AFC is struggling offensively without Brown at receiver.

Patriots linebacker Jamie Collins also interacted with the post, giving it a like and leaving two frowning face emojis in the comments.

While multiple players in New England may still be friendly with Brown, reports indicate that the team has no interest in a reunion. Brown, who has been incredibly active on social media since being cut by New England, recently tweeted an apology to team owner Robert Kraft.

Will that be enough? With the Patriots so depleted at the wide receiver position after also releasing Josh Gordon, only time will tell.