'You're a damn liar': Biden shows his tough side in Iowa 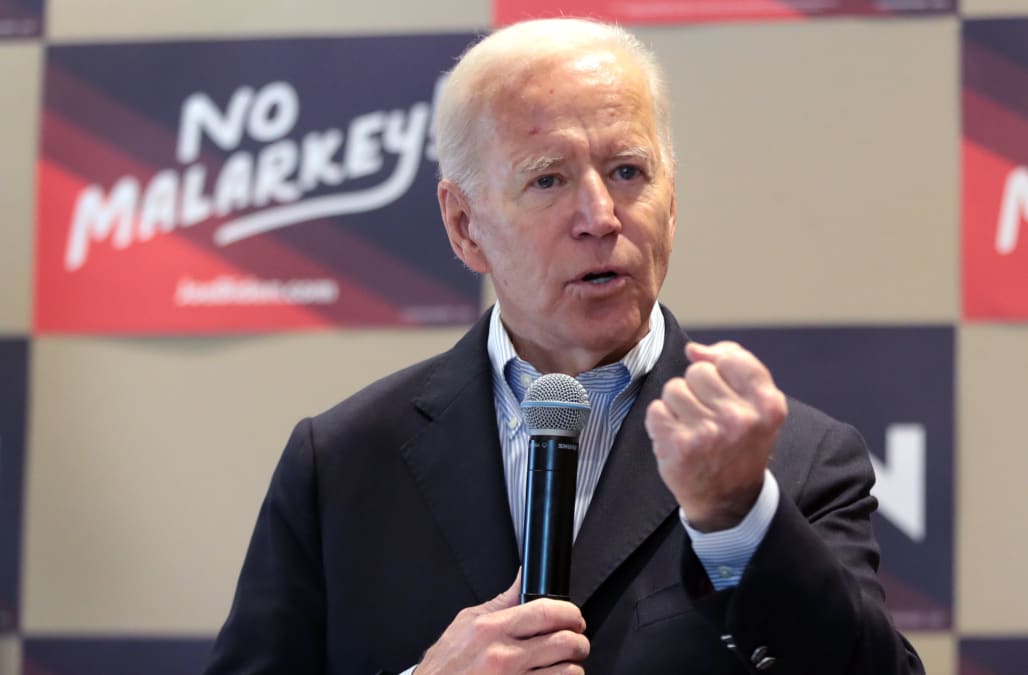 Joe Biden came out swinging on the campaign trail this week, calling out a hostile questioner as a “damn liar” and rolling out a campaign ad meant to hit Donald Trump where it hurts him most — his ego.

After enduring criticism about his measured response to Republican charges that he was implicated in a corrupt scheme to promote his son Hunter’s business interests in Ukraine, Biden confronted a voter in Iowa who parroted that claim.

“You’re a damn liar, man,” Biden snapped at an attendee at a rally in New Hampton who accused him of landing his son a seat on the board of the energy company, Burisma Holdings, to profit from his position in the Obama administration. “That’s not true and no one has ever said that.”

Biden, who has kept his lead in polls of the Democratic presidential field since he entered the race in April, nevertheless has struggled with how to respond to Trump’s attacks. Republicans in Congress have called for Biden’s son, and even Biden himself, to be called as witnesses in the impeachment inquiry into President Trump, which is focused on White House efforts to coerce Ukraine to investigate the former vice president.

In early October, Biden told an audience that he didn’t want to be “sucked into the trap of the stuff that Trump was laying.” On Thursday, however, he tried to confront the accusations about his son’s former position on Burisma’s board while simultaneously making an affirmative case for his candidacy.

“Look, the reason I’m running is I’ve been around a long time and I know more than most people know and I can get things done,” Biden told the man who had brought up his son. “That’s why I’m running. And you want to check my shape on, let’s do pushups together, let’s run, let’s do whatever you what to do. Let’s take an IQ test. No. 2: No one has said my son has done anything wrong and I did not on any occasion, and no one has ever said it—”

Joe Biden calls a New Hampton Iowan at a town hall a “damn liar” for saying he sent his son, Hunter, to Ukraine to work for Burisma, and then challenges him to a push-up contest. pic.twitter.com/jVzNND15eJ

“I didn’t say you were doing anything wrong,” the voter interrupted.

“You said I set up my son to work on an oil company. Isn’t that what you said? Get your words straight, Jack.”

“That’s what I hear on MSNBC,” the man replied.

“You don’t hear that on MSNBC,” Biden fired back.

On Wednesday, Biden’s campaign showed it was capable of the kind of rapid response that will be necessary to beat Trump in 2020, cutting an ad that utilized footage from just hours earlier of European heads of state laughing about the president’s behavior at the NATO summit in London.

Before leaving London, Trump lashed out at Trudeau as “two-faced,” and later portrayed the summit as a success.

The Biden campaign ad portrayed the summit as an example of Trump diminishing America’s “standing in the world.”

The world is laughing at President Trump. They see him for what he really is: dangerously incompetent and incapable of world leadership.

We cannot give him four more years as commander in chief. pic.twitter.com/IR8K2k54YQ

“The world sees Trump for what he is — insincere, ill-informed, corrupt, dangerously incompetent and incapable, in my view, of world leadership,” Biden says during the spot. “And if we give Donald Trump four more years we’ll have a great deal of difficulty of ever being able to recover America’s standing in the world, and our capacity to bring nations together.”

Notably, the ad steers clear of the topic of impeachment. House Speaker Nancy Pelosi said Thursday that she was asking her colleagues to draw up articles of impeachment against Trump over his pursuit of a Ukrainian investigation into Biden.

“The facts are uncontested,” Pelosi said. “The president abused his power for his own personal political benefit at the expense of our national security by withholding military aid and a crucial Oval Office meeting in exchange for an announcement of an investigation into his political rival.”