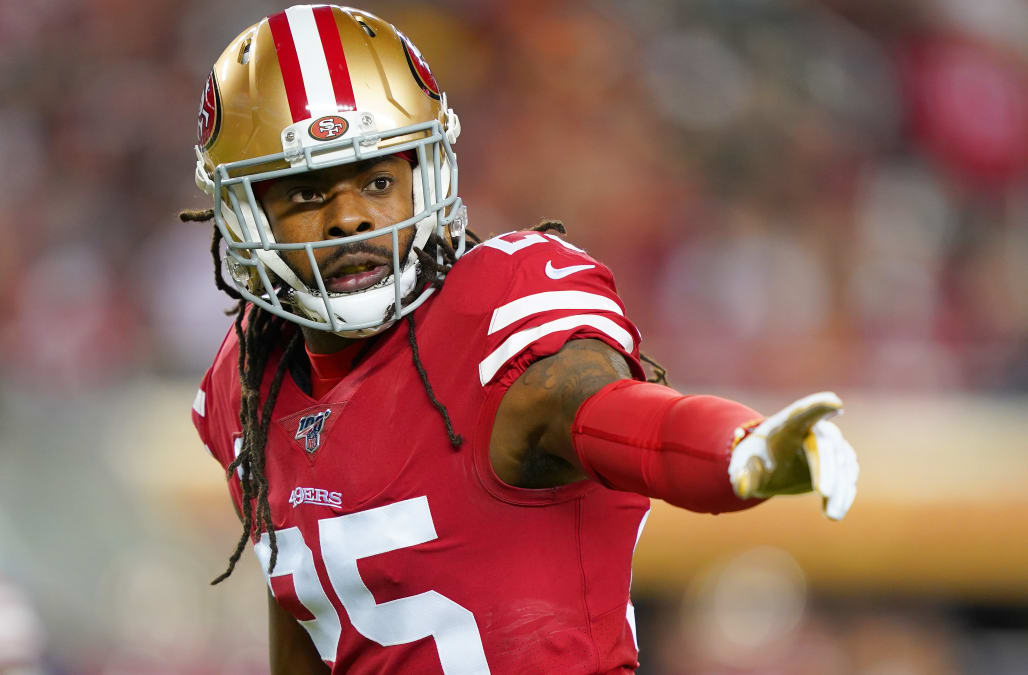 On Wednesday, the San Francisco 49ers suspended radio announcer Tim Ryan for comments he made about Lamar Jackson’s skin tone.

Ryan, a radio analyst, said on KNBR's "Murph and Mac” on Monday following San Francisco’s loss to Baltimore that the Ravens quarterback’s skin tone gives him an edge during play fakes.

“He’s really good at that fake, Lamar Jackson. But when you consider his dark skin with a dark football with a dark uniform, you could not see that thing,” Ryan said, according to the San Francisco Chronicle. “I mean you literally could not see when he was in and out of the mesh point, and if you’re a half step slow on him in terms of your vision forget about it. He’s out of the gate.”

Sherman: ‘I wasn’t as outraged as everybody else’

Sherman came to Ryan’s defense on Thursday when speaking with reporters at 49ers practice, saying that Ryan made valid points but could have chosen better words.

“I know Tim personally, and I listened to the dialogue and saw it written, and honestly I wasn’t as outraged as everybody else," Sherman said. "I understand how it can be taken under a certain context and be offensive to some. But if you're saying, this is a brown ball, they're wearing dark colors and he has a brown arm, honestly, sometimes we were having trouble seeing it on film.”

Sherman: Ryan made ‘a great point’

Sherman continued to call Ryan a “great guy” and a “professional” with whom he’s had a relationship since he joined the 49ers in 2018. He said he didn’t think anybody in the San Francisco locker room took offense to Ryan’s statement, which he called a “great point.”

“100 percent it’s an issue,” Sherman said of defenders having difficulty locating the ball when playing against Jackson. “What he presented — that’s why it wasn’t that offensive. Because what he was saying was a great point.”

Dee Ford: ‘We’ve got his back’

#49ers Dee Ford spoke to suspended radio analyst Tim Ryan and told him “I’ve got your back” pic.twitter.com/tcrU3TVI0O

“He walked up to me earlier, and before he even said anything, I told him ‘I’ve got your back,’” Ford said. “I already knew the story — words kinda got taken out of context. Of course — I think he knows now he could have used better judgment with his words.

“But we’ve got his back. I knew what he was trying to say. This era we live in. It’s just what it is.”

Like Sherman, Ford said that he knows Ryan personally and vouched for his character.

“There’s not one type of bone — you know the bone I’m talking about — in his body,” Ford said. “So put that to bed really fast.”

Ryan works as the 49ers radio color commentator on game days. He’s suspended for Sunday’s game against the New Orleans Saints and will presumably return to his duties after the one-game ban.