Pelosi warns reporter: 'Don't mess with me' about 'hate' for Trump 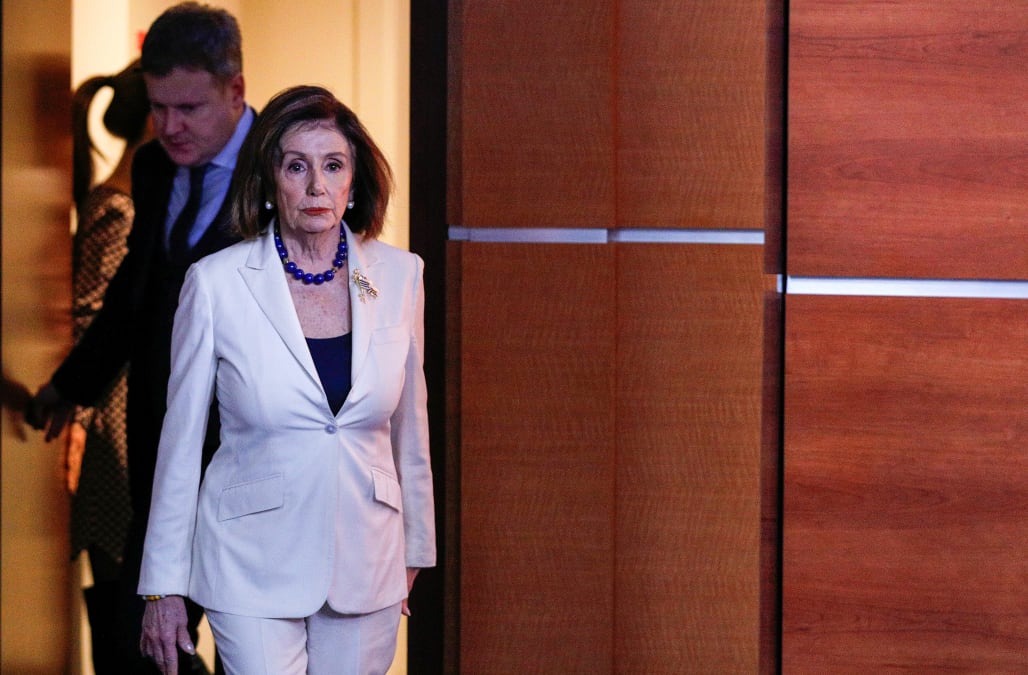 While defending her call to pursue articles of impeachment against President Trump, House Speaker Nancy Pelosi clashed with a reporter who asked if she hates the president.

As she was leaving her weekly press conference on Capitol Hill, the reporter, James Rosen of Sinclair television, asked, “Do you hate the president, Madame Speaker?”

Pelosi stopped, turned and pointed to him.

“I didn’t accuse you,” Rosen replied. He told Pelosi he was quoting remarks by Rep. Doug Collins, R-Ga., who said during a House Judiciary Committee hearing Wednesday that Democrats were pursuing impeachment because “they don’t like the guy.”

Pelosi returned to the podium to finish her response.

“I think the president is a coward when it comes to helping our kids who are afraid of gun violence,” Pelosi said — displaying a bracelet of bullets on her wrist in tribute to victims.

“I think he is cruel when he doesn’t deal with helping our ‘Dreamers,’” she continued. “I think he’s in denial about the climate crisis. However, that is about the election. Take it up in the election. This is about the Constitution of the United States and the facts that lead to the president’s violation of his oath of office.”

“Nancy Pelosi just had a nervous fit,” the president tweeted. “She hates that we will soon have 182 great new judges and sooo much more. Stock Market and employment records. She says she ‘prays for the President.’ I don’t believe her, not even close. Help the homeless in your district Nancy. USMCA?”

Earlier Thursday, Pelosi announced that she is asking the House to draft articles of impeachment against Trump, saying the president’s dealings with Ukraine, and the White House’s unwillingness to cooperate in the Democratic-led probe, left her “no choice.”

“The facts are uncontested,” she said. “The president abused his power for his own personal political benefit at the expense of our national security by withholding military aid and a crucial Oval Office meeting in exchange for an announcement of an investigation into his political rival.”

The House Judiciary Committee is scheduled to hold its second public impeachment hearing Monday. If the Democratic-led House approves articles of impeachment against Trump, they would be sent over to the Republican-controlled Senate for a trial that would begin in January.