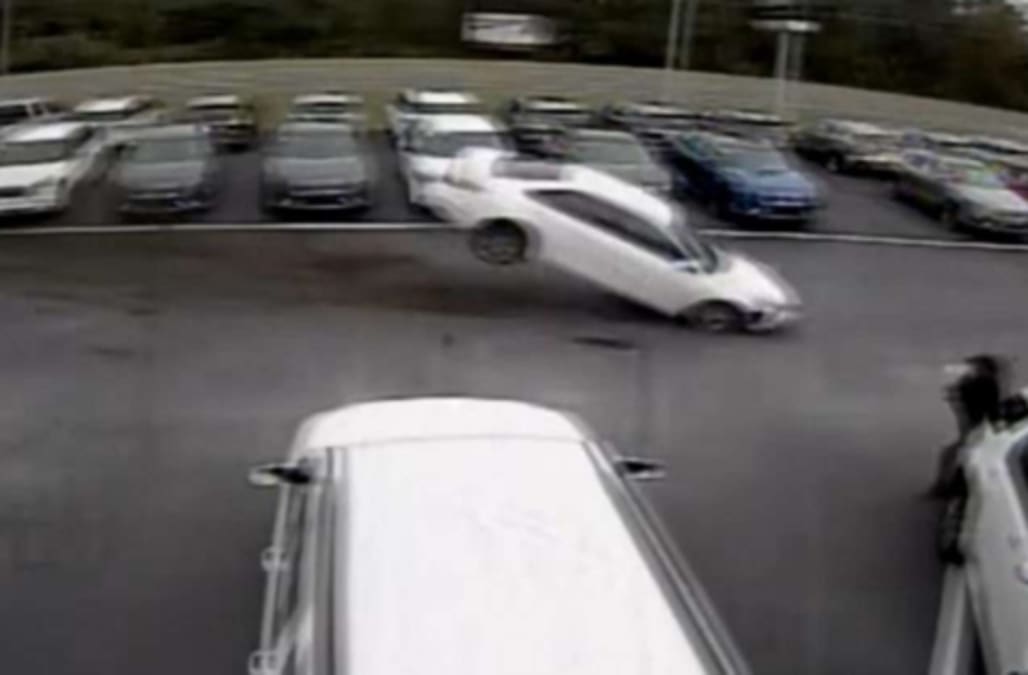 A security camera at Florida car dealership recorded the moment an out-of-control vehicle flew into the parking lot — almost 140 feet into the air.

Eventually, the car came to a stop after hitting several parked vehicles in the lot.

According to the "Today Show" clip featured above, the driver reported feeling dizzy before he hit an embankment and lost control of his car.

The driver was treated for non-life-threatening injuries.