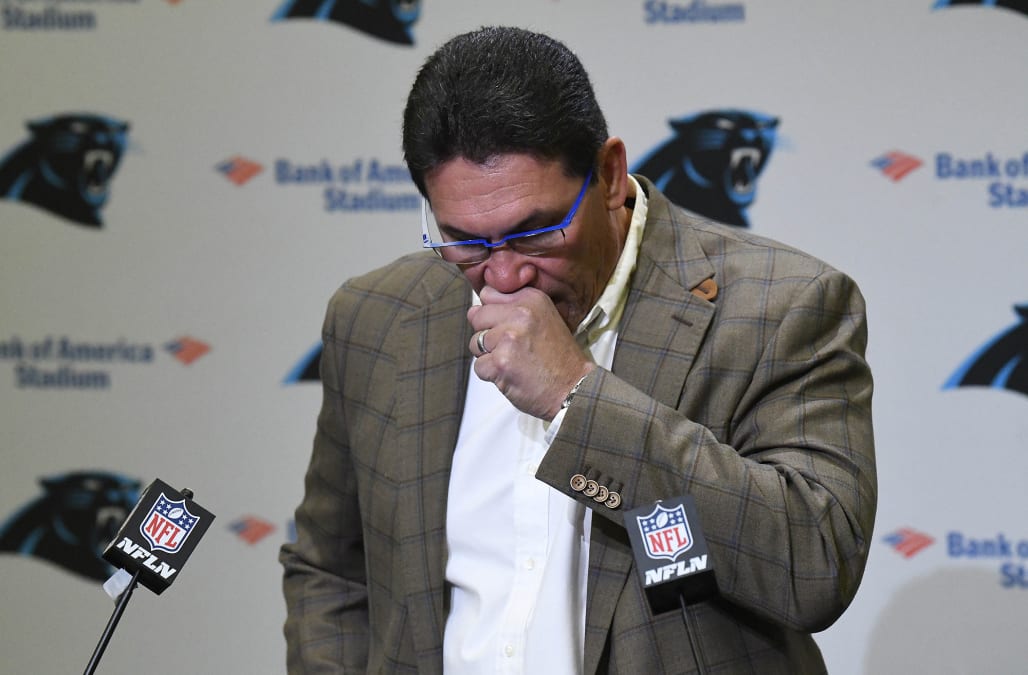 Longtime Carolina Panthers head coach Ron Rivera was fired from his position on Tuesday, and there's something he wishes he could have accomplished before his time at Bank of America Stadium was up.

"[Does] somebody want to ask me my biggest regret?" he prompted a room of reporters during a press conference on Wednesday. "My biggest regret is not winning the Super Bowl."

"I know I stood up in front when I first got the job and told people I was going to win a Super Bowl," Rivera said. "That's my biggest regret as the head coach of this football team, that we didn't win it. We got there, and we had our chance. We had our opportunity."

When asked if he hopes to coach again, Rivera responded with a clear, "Absolutely."

Rivera was fired after the Panthers posted a 5-7 record through 13 weeks. The team has been without starting quarterback Cam Newton since Week 3 of the season.

Secondary coach Perry Fewell has been named interim coach in Carolina in the wake of Rivera's dismissal.