Nancy Pelosi calls for articles of impeachment against Trump 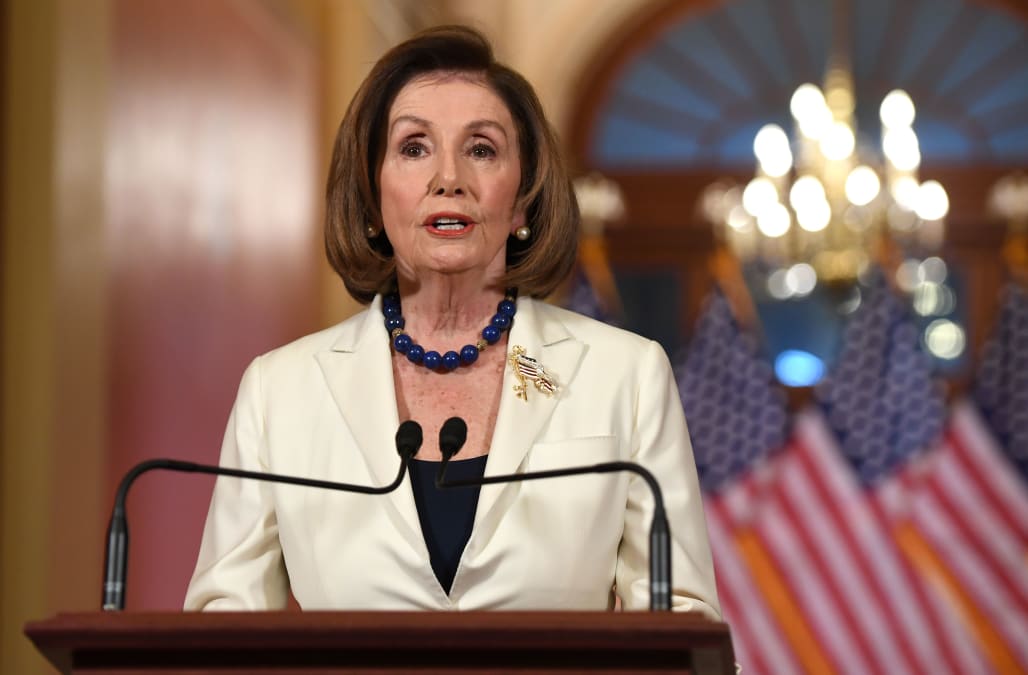 “Today, I am asking our chairman to proceed with articles of impeachment,” she said Thursday, in what was billed as a special announcement about the “status” of House Democrats’ impeachment inquiry into Trump. Lawmakers on two congressional committees have held impeachment hearings over the last few weeks.

Pelosi said the testimony proved that “the president’s actions have seriously violated the Constitution.”

“The facts are uncontested: The president abused his power,” Pelosi said. “The president leaves us no choice but to act.”

After several marathon days of hearings in November, Democrats on the House Intelligence Committee released a detailed report Tuesday. In the report, they laid out “overwhelming” evidence of misconduct by Trump.

Chiefly, they concluded that his July 25 phone call with Ukrainian President Volodymyr Zelensky, pressuring him to investigate 2020 Democratic presidential candidate Joe Biden, represented “stark evidence of misconduct; a demonstration of the President’s prioritization of his personal political benefit over the national interest.”

On Wednesday, the House Judiciary Committee began its own set of impeachment hearings, featuring testimony from constitutional law scholars.

More from HuffPost US:
Hillary Clinton hits Donald Trump devotee Lindsey Graham with 'brain snatch' dig
Pelosi: Trump Told Russia About Baghdadi Raid Before Congressional Leaders
Katie Hill is not accused of a crime, but might be a victim of one