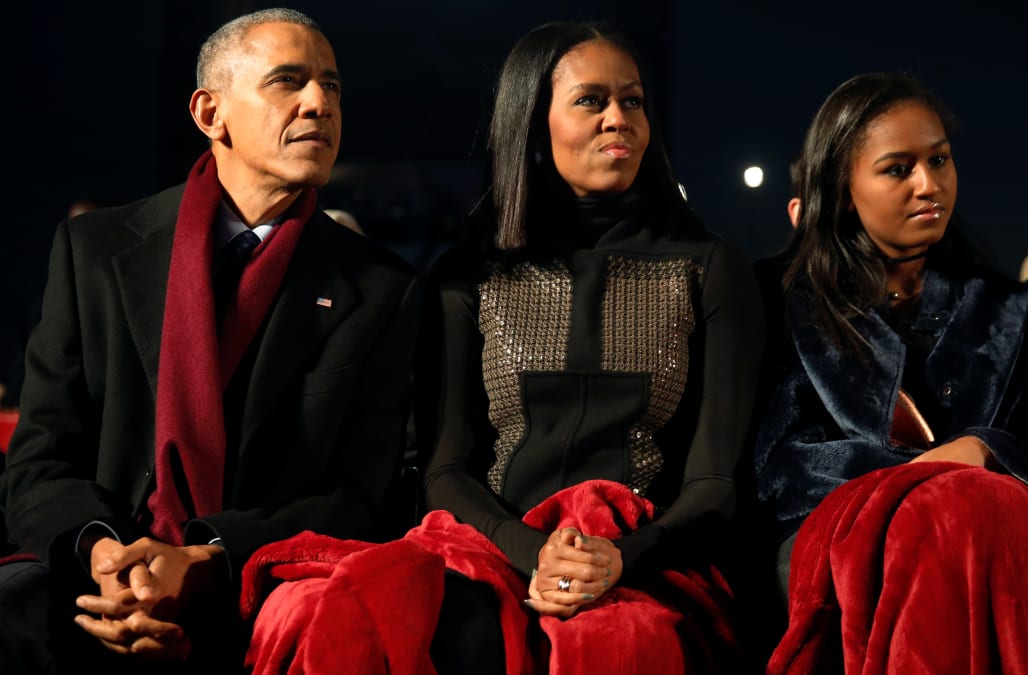 Despite being part of the former first family of the United States, Michelle Obama wanted the experience of dropping her daughter, Sasha, off at college to "feel as normal as possible."

The former first lady opened up about the "emotional" experience of she and former President Obama's youngest daughter leaving for college in an interview with PEOPLE.

"It was, of course, a little emotional to drop Sasha off at college," Obama told the magazine. "The tough part," she admitted, has been "missing our girls."

"It’s an adjustment to see each other for a weekend here, a holiday break there, but the moments we do spend together feel extra special because of it," she added.

The couple's older daughter, Malia, 21, is in her third year at Harvard University, where both of her parents attended. Sasha started college in the fall at the University of Michigan, according to Detroit News. When she moved into her dorm this fall, the former first lady said she and her husband were there to help her unpack.

"We were there, just like most parents, helping her unpack and make her dorm room feel like home," she said.

Although the initial drop-off was hard, Obama said she isn't broken up about the couple's empty nest.

"Unlike my parents, who dropped me off at college and just had a phone call, I text with my kids. I can text Malia [at Harvard] right this second and know what she’s thinking, she told PEOPLE last year. "I feel like she’s off on her next adventure, so I’m excited for her. I don’t need my children to make me happy. I had them so that they’d be happy."

More from Aol.com:
Couple married for 68 years dies just one day apart
Football player stuns crowd with heartbreaking tribute to his parents who died before his final game
Strangers who met through accidental text to spend fourth Thanksgiving together