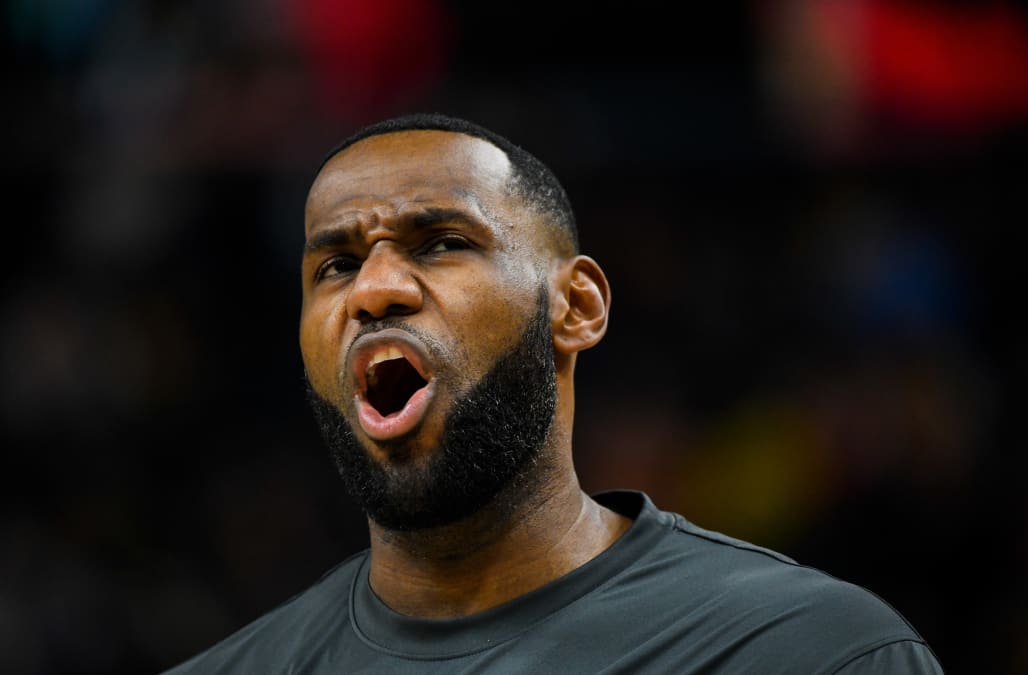 On Wednesday, LeBron James committed a blatant travel that went uncalled, much to the bemusement of the Utah Jazz and their fans and the amusement of the NBA world.

In the first quarter, James brought the ball past half-court, picked up his dribble with one hand, took several steps, then resumed dribbling. Somehow, the referees missed what was a travel and a double-dribble, even as Jazz guard Bojan Bogdanovic hollered about the violation.

After the game, he also said he felt bad for the referee who missed the call because of the criticism.

"I feel bad for the refs on that one because they'll probably get a write-up on that or something," James said. "That was pretty bad."

The NBA world has had fun with the mishap, however.

Sending the message to the opponent that you're a made man and the rules don't apply to you the same way 🔥🔥🔥🔥🔥🔥🔥 https://t.co/riE2fLuz33

kings make their own rules https://t.co/KCytxAfrJ9

And: The Proclaimers-LeBron James mash-up you didn't know you needed.

Just to be the man... @KingJames#NBATwitterpic.twitter.com/dDwdouKyB2