LeBron James gets away with absurd, obvious violation versus Jazz 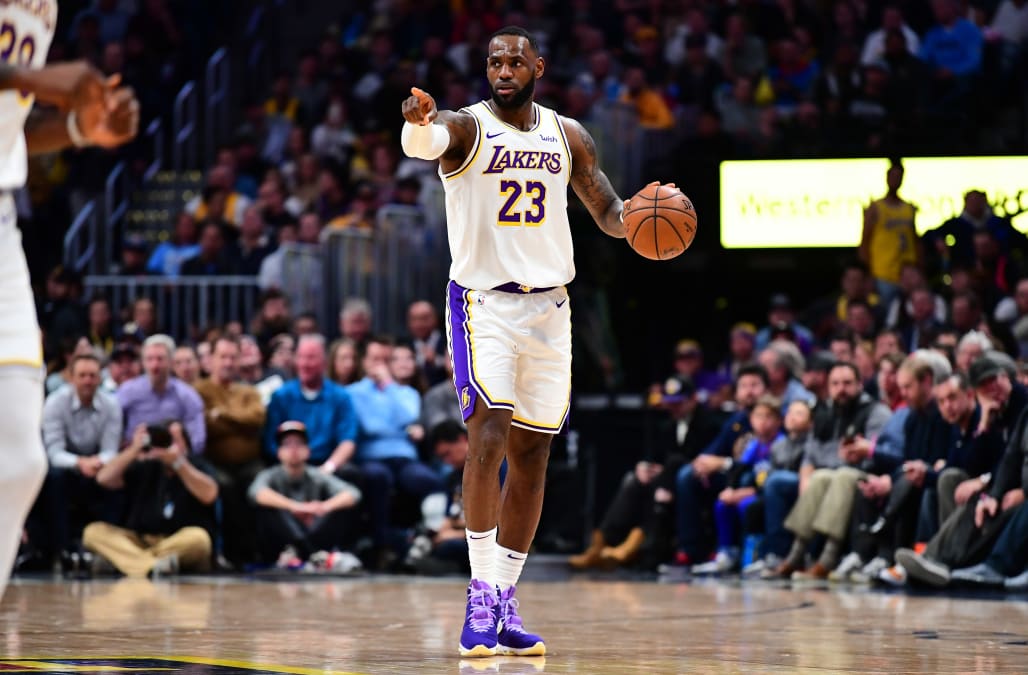 On Wednesday against the Utah Jazz, those fan complaints would be justified.

In the first half of the road game, James walked the ball across the court to set up the Los Angeles Lakers offense. He apparently forgot the rules of basketball while doing so.

James picked up his dribble and palmed the ball after crossing the midcourt line. He then took three steps and dribbled again.

But referee Jacyn Goble — who was staring right at the play when James committed the violation — did not.

For a league constantly under fire from fans who believe officials favor some players over others, this is not a great look.

Carry or not, Utah didn’t match up well against a red-hot Lakers team that cruised to a 121-96 win, their second straight of a tough back-to-back road set after beating the Nuggets in Denver on Tuesday.

James finished with 20 points and 12 assists while Anthony Davis tallied 26 points, six rebounds and three blocks as the Lakers improved to 19-3 on the season.

More from Yahoo Sports:
Refs admit they screwed up James Harden dunk call, blame Mike D'Antoni for not challenging in time
Carmelo Anthony would have retired rather than ask LeBron James for help joining Lakers
Brad Stevens 'done with these f---ing challenges' as NBA screws up replay just like NFL