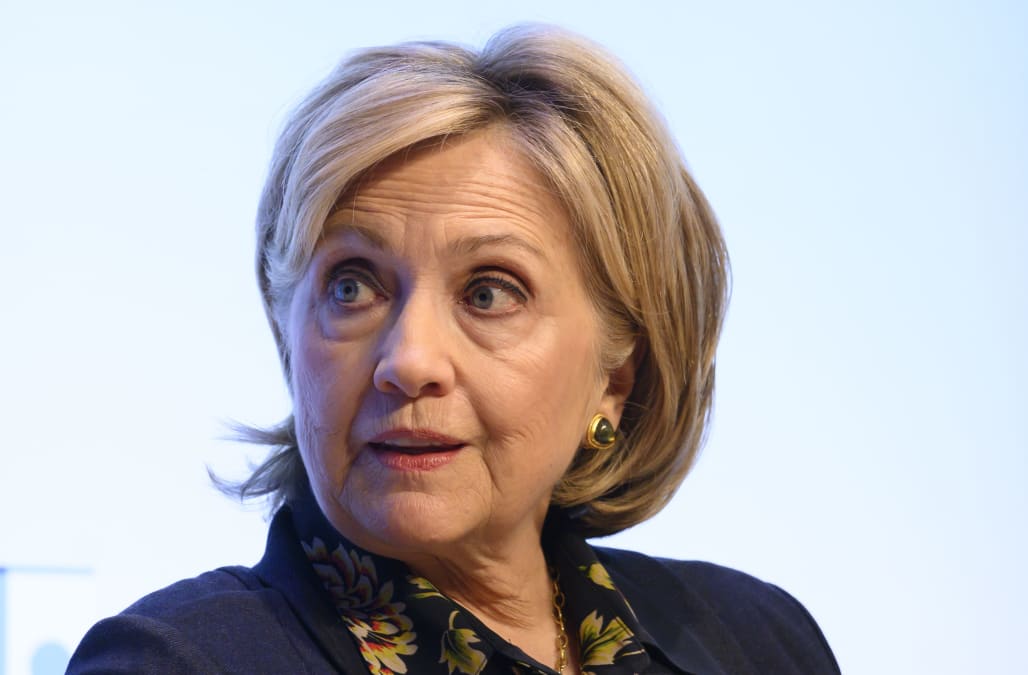 Former Secretary of State Hillary Clinton said Donald Trump "could barely talk" when she offered to help him in his presidency on the night of the 2016 presidential election.

During an interview on Howard Stern's radio show, Clinton recalled the "terrible night" in 2016.

"Obviously I was crushed. I was disappointed, and I was really surprised," Clinton said of the election results. "Because I couldn't figure out what had happened."

Still, Clinton called then-President-elect Trump to say that she would help in any way that she could.

After hearing President Trump’s inauguration speech, @HillaryClinton says she began to get nervous. And it sounds like she wasn’t the only one. “George W. Bush says to me, ‘Well that was some weird sh-t.’” pic.twitter.com/BOlOHaLpER

"Look, I hope he's going to be a better president than I think he will be," Clinton said. "I'm worried about it, but I'm going to do everything I can, as I told him."

"I said, 'Look, Donald, I want you to be a good president. I will do whatever I can to help you,'" she added.

Clinton said that Trump was "so shocked."

"He could barely talk," she continued. "He was more shocked than me, I think."

Trump has berated Clinton and her husband, former President Bill Clinton since before he ran against her in the election and has continued to take aim at the family during his presidency. Earlier this year, Trump retweeted a conspiracy theory alleging without evidence that Bill Clinton was connected to the death of accused sex trafficker Jeffrey Epstein.