Colin Kaepernick hasn't gotten a shot, but receiver from his NFL workout did with Washington 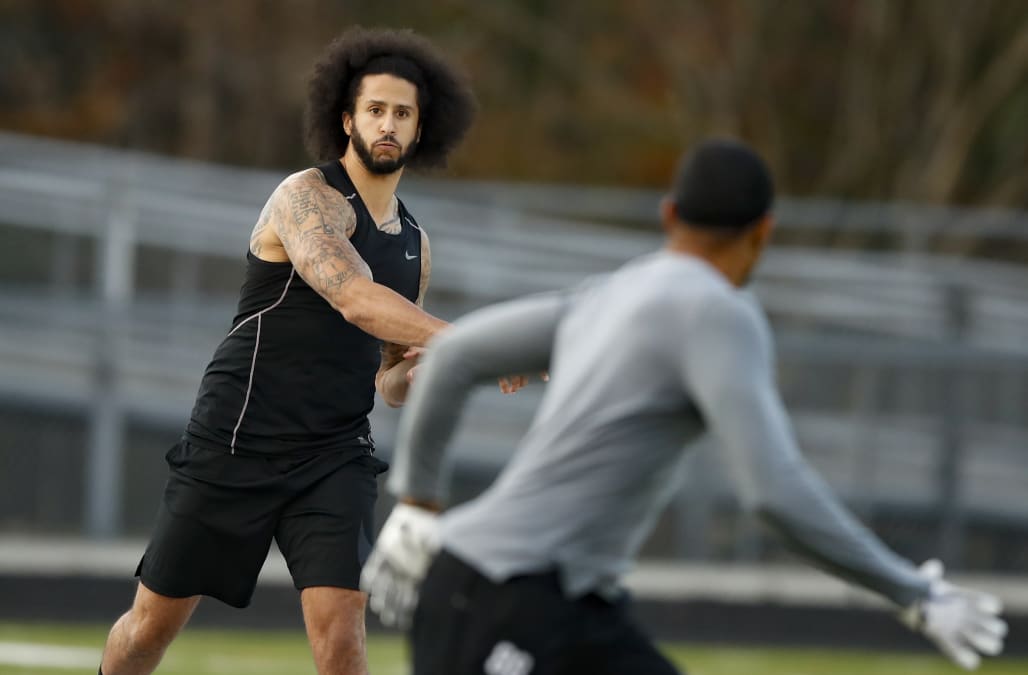 If the NFL was trying to be passive aggressive toward Colin Kaepernick, it couldn’t have done better than this.

Kaepernick had a workout for NFL teams, which was mostly a fiasco but still happened. And while Kaepernick hasn’t gotten a shot with a team after that, a receiver he was throwing to did.

Jordan Veasy was signed to the Washington Redskins’ practice squad on Wednesday. He was one of the receivers catching passes from Kaepernick at his workout in the Atlanta area on Nov. 16.

And Veasy thinks that workout helped get him a shot, even if it didn’t do the same for the quarterback who was in the spotlight.

Receiver from Kaepernick’s workout gets signed

Veasy told the Washington Post that he thinks the private workout was a reason he is now on Washington’s practice squad.

“It helped,” the 24-year-old said. “That’s one of the reasons I wanted to be a part of it. Just being a part of the history of it, and I knew it was going to help me.”

The Post said that Veasy knew Kaepernick a bit from taking a class together at Cal on black representation in popular culture. Veasy played for the Golden Bears.

Veasy was undrafted in 2018, has spent time on four different practice squads, but was out of a job when he heard about Kaepernick’s workout. He was two hours away in Gadsden, Alabama, and reached out to Kaepernick’s agent.

Then with NFL teams there to watch Kaepernick, Veasy took advantage of his opportunity.

Veasy ended up doing well for himself. He told the Post he recognized Redskins assistant director of pro personnel Richard Mann II in the stands at the workout.

This Colin Kaepernick deep ball during his workout was beautiful. pic.twitter.com/HOZnclngZZ

The Browns had him in nine days after Kaepernick’s workout but he didn’t get signed. Then Washington called and he landed on the practice squad. He was given the opportunity without another workout for the Redskins, the Post said, presumably because they saw good things in Atlanta.

Kaepernick waits for another shot, but he can take heart that he helped someone else get another look in the NFL.