Buttigieg won’t talk about his secret work at McKinsey 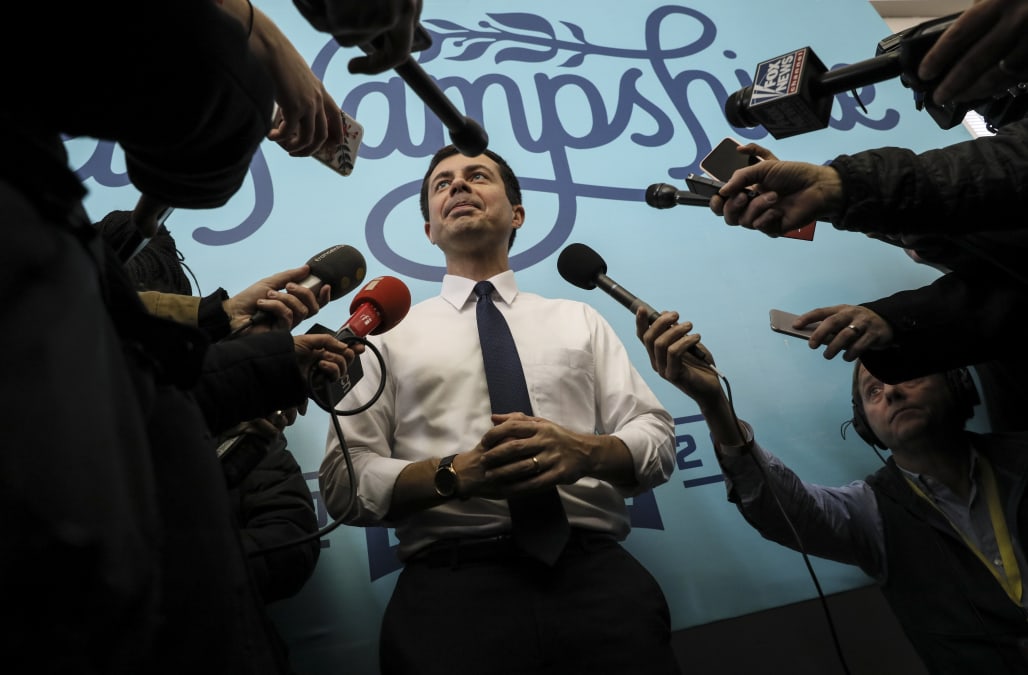 Pete Buttigieg worked at McKinsey & Company, an elite consulting firm with global reach, for three years. But as the South Bend, Indiana, mayor builds his case for why he should be president, he has pointedly kept the details of that line on his resume a secret.

Now that he is gaining in early-voting states, ethics advocates are calling on Buttigieg to stop dodging questions and tell the public exactly what he did at the world’s most prestigious — and notorious — consulting firm.

“What I want to know is, how much is Buttigieg a typical McKinsey-ite who only thinks in dollars and cents?” said Jeff Hauser, director of the Revolving Door Project, which scrutinizes ties between the executive branch and the corporate world.

“We have plenty of experience that shows us how seeing the whole world in dollars and cents can be pretty harmful to vulnerable and poor people,” he added. “Is that Pete Buttigieg’s approach to governance? If he can show he rebelled against that approach, that would be material to people, too.”

Buttigieg has avoided giving details on his clients and assignments by saying he is still bound by a nondisclosure agreement he signed as an employee.

In response to questions from HuffPost, the mayor’s campaign said for the first time that it has asked McKinsey to release a full list of Buttigieg’s clients and to release him from his NDA.

“We have asked McKinsey to be released from the NDA in full, and we have asked to release a list of clients,” a campaign spokesman told HuffPost. “To date, they have not agreed. We will continue to ask and are hopeful we can share more about his work soon.”

McKinsey, a mammoth consulting firm with nearly 30,000 employees spread across the globe, has become infamous for taking on ethically dubious projects, such as advising authoritarian regimes.

This week brought new disclosures about its work on behalf of the President Donald Trump’s massive deportation efforts. McKinsey proposed that Immigration and Customs Enforcement save money by cutting food, supervision and medical care to immigrants in its custody, ProPublica and The New York Times reported Tuesday.

“McKinsey should never receive another government contract here or anywhere else,” O’Rourke said.

What I want to know is, how much is Buttigieg a typical McKinsey-ite who only thinks in dollars and cents?Jeff Hauser, director of the Revolving Door Project

“The NDA is about as legitimate an excuse as Donald Trump claiming an IRS audit is the reason he can’t release his tax returns to the public,” Hauser said. “There is no scenario whereby McKinsey would sue Pete Buttigieg, a rising political star and possible president of the United States, for violating a nondisclosure agreement.”

“The political risk is not that his former employer, a multibillion-dollar corporate entity that promotes fraud across the globe, will be mad at him,” he added. “It’s what he would have to disclose.”

Journalists have been able to glean a little about Buttigieg’s work for McKinsey from his 2019 political memoir, “Shortest Way Home,” and from his earlier political career, when he was more eager to talk up his time at the firm as a source of business experience. The job took him to Iraq and Afghanistan, involved energy efficiency and greenhouse gas reduction projects, war-zone economic development work, “Canadian grocery pricing,” and work in retail and corporate settings.

Buttigieg’s campaign said he had “no foreign conflicts” based on his work at McKinsey and stressed that he was a junior employee. The job was his first after earning a degree from Oxford; he quit it to run for Indiana state treasurer.

When it comes to the president, the appearance of a conflict of interest could be just as bad as the issue itself.Jordan Libowitz, communications director for CREW

McKinsey’s moral dubiousness goes much deeper than its work with ICE. Last year, the Times reported that McKinsey helped build up Kremlin-linked Russian companies the U.S. has placed under sanction. The firm is under investigation in South Africa for entering into an illegal, $700 million contract with the cash-strapped nation’s power company.

A lawsuit filed in Massachusetts earlier this year accused McKinsey of helping Purdue Pharma, the company at the heart of the opioid crisis, “turbocharge” sales of OxyContin and forestall a government crackdown.

Buttigieg has only lightly chided his former employer over those revelations.

“I think they’ve made a lot of poor choices, especially in the last few years,” he said in September. “I left about 10 years ago. But it’s really frustrating, as somebody who worked there, to see some of the decisions that they’ve made.”

He went further after the revelations about McKinsey and ICE, calling the news “disgusting.”

Ethics experts say it’s important to know how Buttigieg reflects on his time at McKinsey, but also that his work there could present an unknown conflict of interest.

McKinsey routinely earns and competes for millions of dollars worth of U.S. government contracts. Its clients are some of the largest corporations in the country. And while presidents aren’t usually influential in bureaucratic procurement decisions, the president is also not bound by the same ethics rules as other federal employees.

“When it comes to the president, the appearance of a conflict of interest could be just as bad as the issue itself,” said Jordan Libowitz, the communications director for the government watchdog Citizens for Responsibility and Ethics in Washington.

He said candidates should err on the side of disclosure even if they’re not hiding anything explosive.

“It’s a real fear of ours that Democrats and future Republican candidates for president will say, ‘Well, Trump got away with it, so we are going to, too,’” Libowitz said, referring to Trump’s refusal to disclose his tax returns. “Part of that is not letting Trump get away with it, part of that is holding Democrats to the same standard.”

Buttigieg’s campaign said he would not interfere with the government’s procurement decisions if elected president.

McKinsey has not publicly commented on Buttigieg’s work except to confirm he worked there from June 2007 to March 2010. By some accounts, that was before some of the more corrosive elements of its corporate culture began to take hold. The company did not respond to a request for comment for this article.

McKinsey employees have donated more to Buttigieg than to any other Democrat running for president. Late last month, his husband, Chasten, chaired a fundraiser headlined by McKinsey employees.

“Generally McKinsey alums fall into two buckets. There are those who realize McKinsey is a disease vector for corporate corruption, and they use the skills they learned to attack power,” said Matt Stolfler, an author and antitrust advocate. “Then there are those who think McKinsey is a prestigious part of the business community and use their skills to simply climb ladders.”

“I think he’s going to explain what he did and it’ll sound innocuous,” Stoller said, “because McKinsey people know how to make evil things sound boring.”

More from HuffPost US:
The latest Biden campaign ad is a supercut of world leaders laughing at Trump
Andrew Yang's campaign contacted FBI over death threats
Kamala Harris dropping out of presidential race