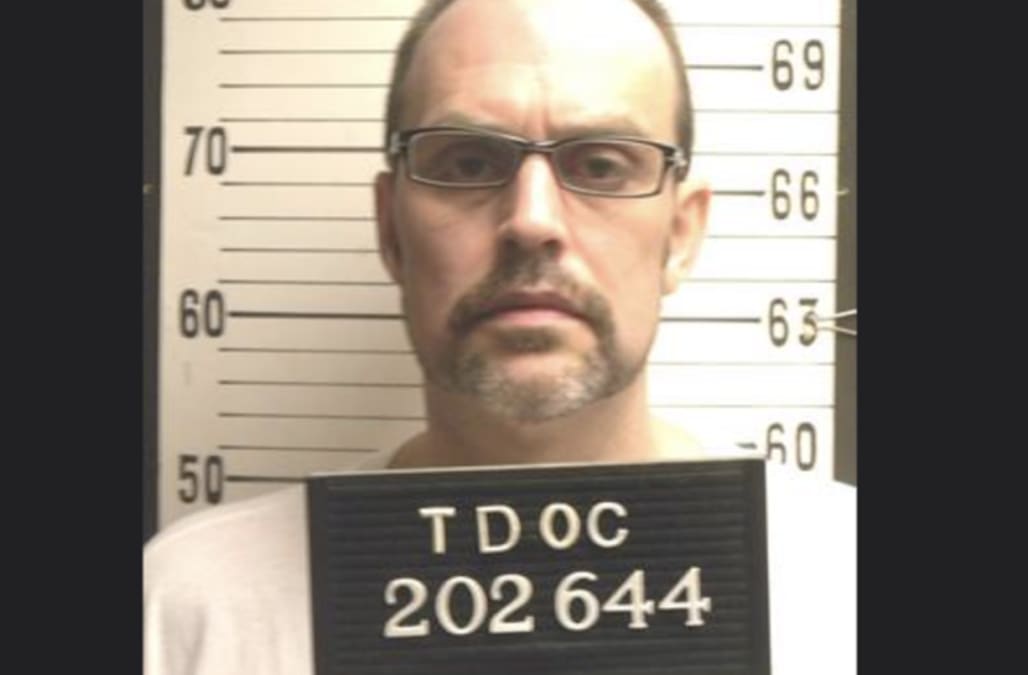 NASHVILLE, Tenn. (AP) — Tennessee is set to carry out what is expected to be only the second execution of a blind prisoner in the United States since the nation reinstated the death penalty in 1976.

Barring an 11th-hour stay, 53-year-old inmate Lee Hall is scheduled to die in the electric chair Thursday evening for his conviction in the 1991 burning death of his estranged girlfriend. Hall had his sight when he entered death row nearly three decades ago, but his attorneys say he later become functionally blind from improperly treated glaucoma.

Earlier this year, Hall chose the electric chair over lethal injection as allowed under state law. His lawyer said it also would be the first electrocution of a blind inmate since the 1976 resumption of U.S. executions. But attorney Kelly Gleason has asked the federal courts to stop Hall from being put to death in the big wooden electric chair believed to have been built with the wood from Tennessee's old gallows.

“Unless the federal courts intervene, Tennessee will become the first state in modern United States history to electrocute a blind man,” Gleason said in a statement Wednesday. “It is a sad day for justice in the state of Tennessee.”

Authorities said Hall killed Traci Crozier, 22, on April 17, 1991 by setting her car ablaze with a container of gasoline, stuffing a paper towel over the top, lighting it on fire and tossing it in her vehicle while she was inside. The container exploded and Crozier received burns over more than 90% of her body, dying the next day in the hospital.

Hall’s attorneys have sought for weeks to delay or block the execution plans. They made last-minute pleas with the Tennessee Supreme Court and Gov. Bill Lee for more time to explore questions surrounding legal questions about what they described as the possible bias of a juror who helped deliver the original death sentence.

Lee and the state courts declined to intervene, arguing that Hall had exhausted his legal options.

“The justice system has extensively reviewed Lee Hall’s case over the course of almost 30 years, including additional review and rulings by the Tennessee Supreme Court yesterday and today," the Republican governor said in a statement Wednesday in which he added, “I will not intervene in this case.”

There's only other known blind inmate who has been executed since the U.S. Supreme Court began allowing executions in 1976. Clarence Ray Allen, 76, died via lethal injection in 2006 in California.

Hall's team filed several legal filings in federal court on Wednesday in a last effort to block the execution as the options dwindled. Meanwhile, Hall was moved earlier this week to a room adjacent to Tennessee's execution chamber as part of the state's death penalty guidelines.For his last meal, Hall selected a Philly cheesesteak, onion rings and a slice of cheesecake.

To date, the U.S. Supreme Court has neither set an upper age limit for executions nor created an exception for a physical infirmity.

Tennessee is one of six states in which inmates can choose the electric chair, but it’s the only state that has used the chair in recent years. Three out of five recent inmates put to death in Tennessee have chosen the chair since the state began resuming executions in August

Courts in Georgia and Nebraska have declared the electric chair unconstitutional and the U.S. Supreme Court has never fully considered its constitutionality.

Lee has previously declined to weigh in on whether he approves of the state's increased usage of the electric chair, noting instead that it's a legal option in Tennessee.