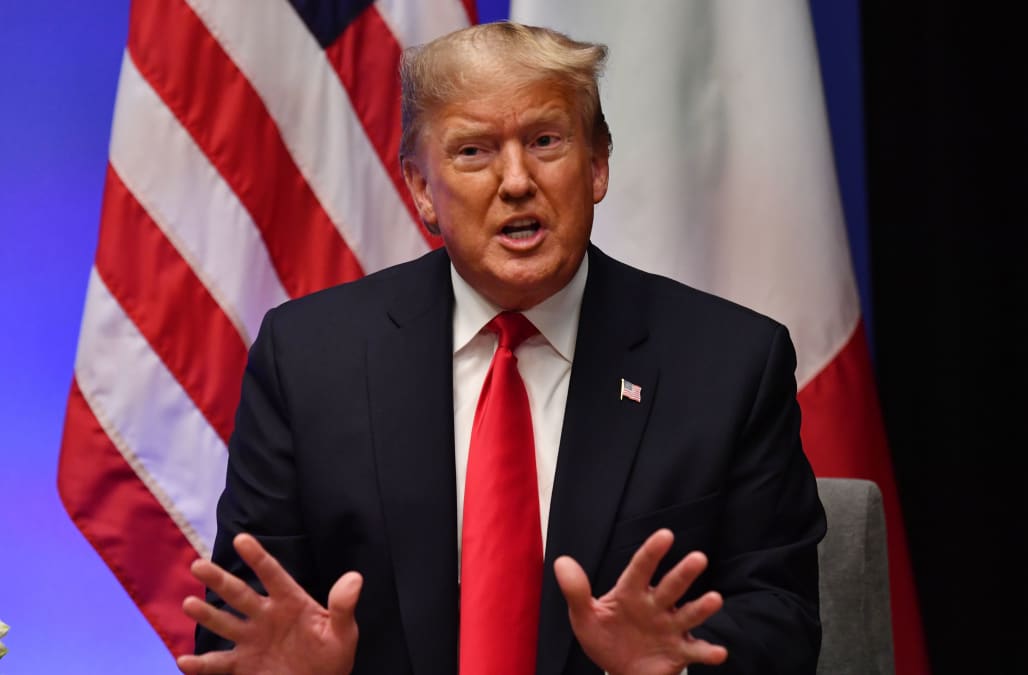 LONDON, Dec 4 (Reuters) - U.S. President Donald Trump said on Wednesday that the Democrats' impeachment report was a joke with no merit and complained that a hearing had been scheduled while he was out of the country.

Trump solicited foreign interference to boost his re-election chances, undermined national security and ordered an "unprecedented" campaign to obstruct Congress, Democrats said on Tuesday in a report that lawmakers will use as the basis of any formal impeachment charges.

"It’s of no merit," Trump said at a NATO summit in Watford, England. He added that the move had united Republicans behind him.

"Do they in fact love our country?" Trump asked.