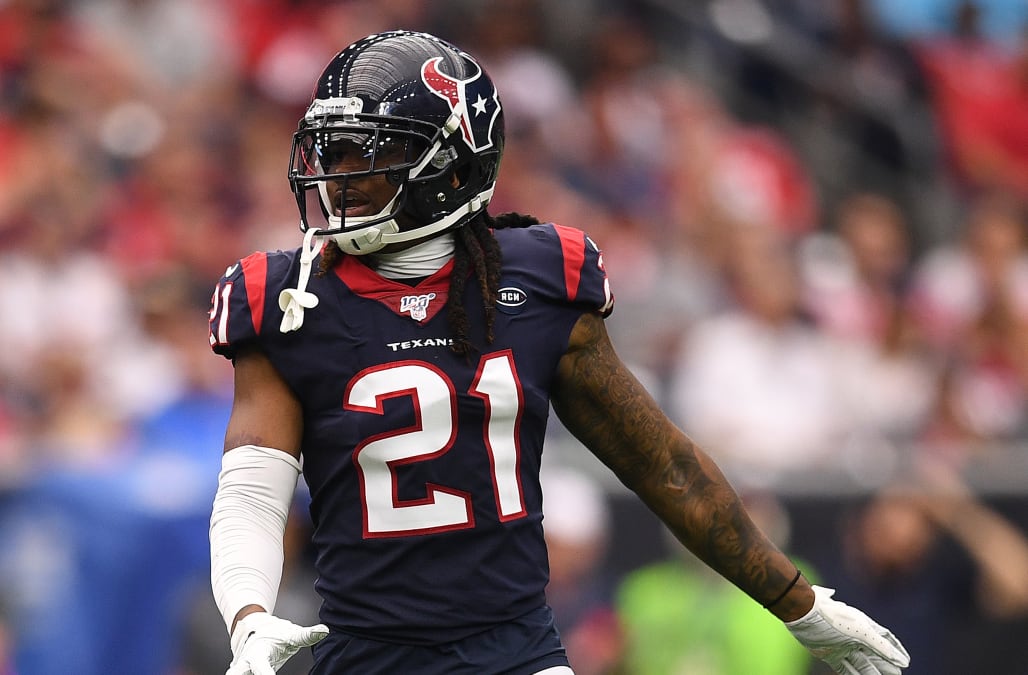 One of the standout defenders of the Houston Texans' most recent win had a heavy heart going into the game, but came out on the other end feeling "so good."

Cornerback Bradley Roby was mourning the loss of his 85-year-old grandfather, Cleo, whose funeral he attended on Saturday. By Sunday night, he had to be back at NRG Stadium for Houston's game against the New England Patriots and despite his grief, Roby put on a show — in Cleo's honor.

Roby was the unintended recipient of a pass from Tom Brady, picking off the Patriots quarterback in the first quarter of what would be a handy victory by the Texans. He was subsequently flagged for removing his helmet because he wanted the crowd to see how happy he was.

In the third quarter, Roby pestered Brady again, pulling him down for a sack. The game marked the first time in the 27-year-old's career that he recorded an interception and a sack in the same game.

"I promised him, and I promised myself that I would make some plays," Roby said of his grandfather after the game. "He was blind, so he never saw me play. Maybe he could see me now. That’s what I wanted to do, I wanted to honor him. He only saw me when I was 2 years old, and I hold him dear to my heart."

The game also marked Roby's return to the field after missing five games while dealing with a hamstring injury.