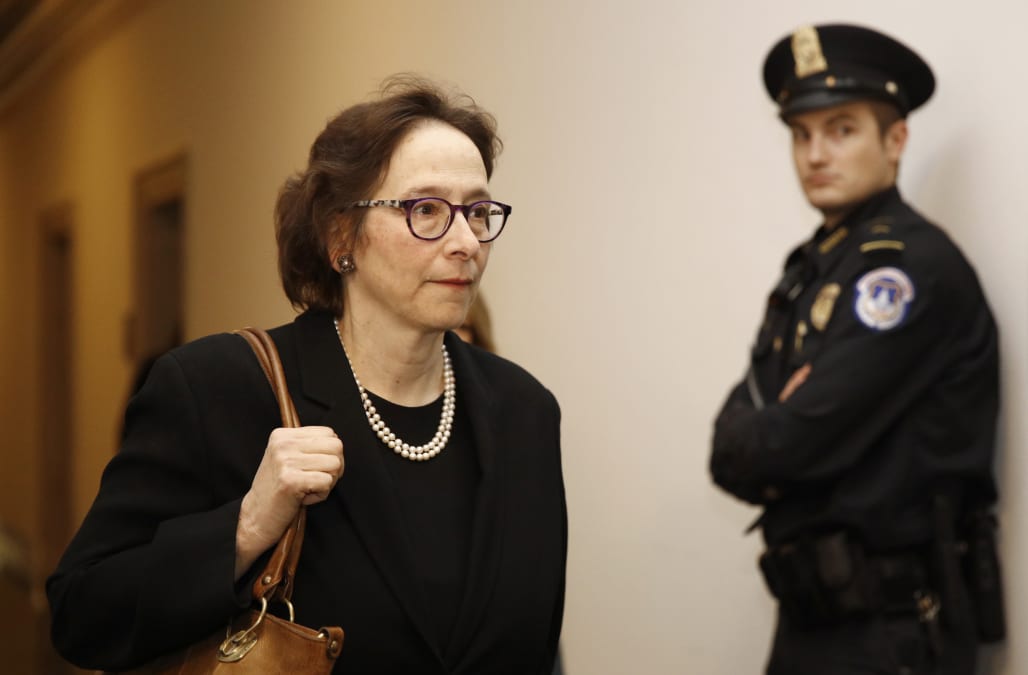 "Put simply, a candidate for president should resist foreign interference in our elections, not demand it. If we are to keep faith with the Constitution and our republic, President Trump must be held to account,” Karlan testified.

As she began her testimony, Karlan, who was called by Democrats to testify with Harvard law professor Noah Feldman and University of North Carolina law professor Michael Gerhardt, rebuked Republican ranking member Rep. Doug Collins, who asserted that those who had not reviewed the testimony of prior witnesses had no business testify about it.

“Everything I know about our Constitution and its values and my review of the evidentiary record — and here, Mr. Collins, I would like to say to you, sir, that I read transcripts of every one of the witnesses who appeared in the live hearing because I would not speak about these things without reviewing the facts, so I’m insulted by the suggestion that as law professor I don’t care about those facts,” Karlan said. “But everything I read about those occasions tells me that when President Trump invited, indeed demanded foreign involvement in our upcoming election, he struck at the very heart of what makes this a republic to which we pledge allegiance.”

Stanford law professor Pamela Karlan responds to House Judiciary ranking member Doug Collins: "I read transcripts of every one of the witnesses who appeared in the live hearing...I'm insulted by the suggestion that as a law professor I don't care about those facts." pic.twitter.com/lQUFdBTSBK

The director of the Stanford Law Schools Supreme Court Litigation Clinic, Karlan, 60, graduated from Yale Law School and became a clerk for Supreme Court Justice Harry Blackmun. She later worked in the Justice Department during the Obama administration.

Jonathan Turley, a professor at George Washington University Law School, was called by the Republican minority on the committee, and called the current case for impeaching Trump “woefully inadequate.”

Karlan was the latest of a number of women whose forceful testimony has galvanized the impeachment inquiry, among them former National Security Council official Fiona Hill and Marie Yovanovitch, the former U.S. ambassador to Ukraine.

Polls have found a stark gender divide on support for Trump’s impeachment. A Washington Post-ABC News survey taken before the public impeachment hearings began in the House, for instance, found that 56 percent of women favored impeaching and removing Trump. In contrast, 54 percent of men opposed impeachment, the poll found.

In describing her preparation for the hearing, Karlan noted that she had spent her Thanksgiving holiday reading the testimony of prior witnesses.

“I ate a turkey that came to us in the mail pre-cooked,” she said.

The heart of Karlan’s critique of Trump concerned what she saw as his repeated attempts to induce foreign governments to involve themselves in U.S. elections.

"A president who cared about the Constitution would say 'Russia, if you're listening, butt out of our elections,’” she said, parodying Trump’s invitation to Moscow to dig up Hillary Clinton’s deleted emails during the 2016 presidential election.

“I see a pattern in which the president's views about the propriety of foreign governments intervening in our election process are the antithesis of what our framers were committed to,” Karlan added.

In his July 25 call with Ukrainian President Volodymyr Zelensky, Trump requested that he investigate former Vice President Joe Biden and his son Hunter, as well as a debunked conspiracy theory that Ukraine, not Russia, had interfered in the 2016 election. For Karlan and the other Democratic witnesses, the obvious purpose of that request was simple: to boost his own chances of of reelection in 2020.

That solicitation of a thing of value, Karlan testified, also amounted to bribery.

“If you conclude that [Trump] asked for the investigation of Vice President Biden and his son for political reasons, that is, to aid his reelection, then yes, you have bribery here.”