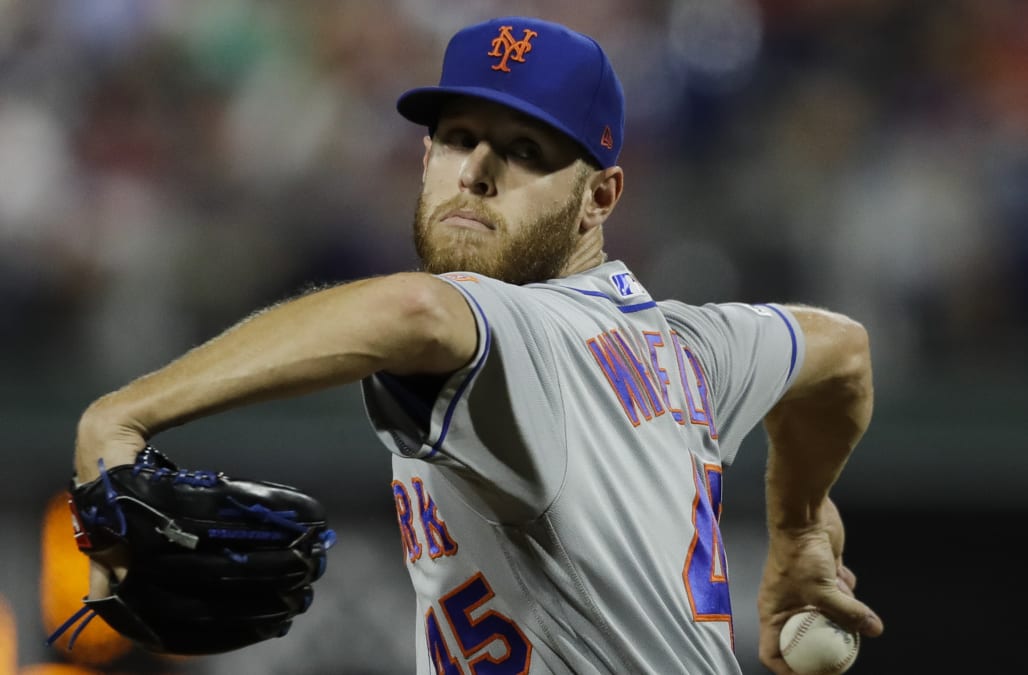 Zack Wheeler, the 29-year-old right-hander whose history of arm problems gave way to 60 starts for the New York Mets over the past two seasons, on Wednesday agreed to the terms of a free-agent contract with the Philadelphia Phillies, according to Marc Carig of The Athletic.

Viewed as a next-tier free agent after clear aces Gerrit Cole and Stephen Strasburg, Wheeler has the raw stuff — upper 90’s fastball, hard slider — to be a front-end starter. The issue until recent seasons had been durability, which Wheeler answered in the lead-up to free agency with seasons of 182 1/3 and 195 1/3 innings.

Eight-and-a-half years ago, the Mets traded Carlos Beltran to the San Francisco Giants for a 21-year-old Wheeler. Beltran played six more seasons and in early November was named manager of the Mets, just as Wheeler reached free agency.

To get there, Wheeler first had to endure Tommy John surgery, in which the recovery and other subsequent arm injuries cost him the 2015 and 2016 seasons. He made 17 starts in 2017 before losing the rest of that season to a stress reaction in his arm.

Healthy, finally, Wheeler became a regular member of the Mets’ rotation over the next two seasons. He struck out nearly nine batters per nine innings in that time and had an ERA of 3.65. He allowed two or fewer runs in 14 of his 31 starts in 2019. He rated in the National League’s top 10 in each of the past two seasons in fielding independent pitching, which removes the defensive element from a pitcher’s results, and suggested the Mets’ mediocre defense did more harm than good.

In New York, once, he was to be the fifth man — or among the five men — in a rotation to be led by Matt Harvey, Noah Syndergaard and Jacob deGrom and to include Steven Matz. Of them, only deGrom has been exactly what Mets fans had hoped for, both in terms of results and longevity. Wheeler, not yet 30 and having missed years of innings while on the disabled list, might yet become a reliable lead starter. Apparently, it will not be with the Mets.