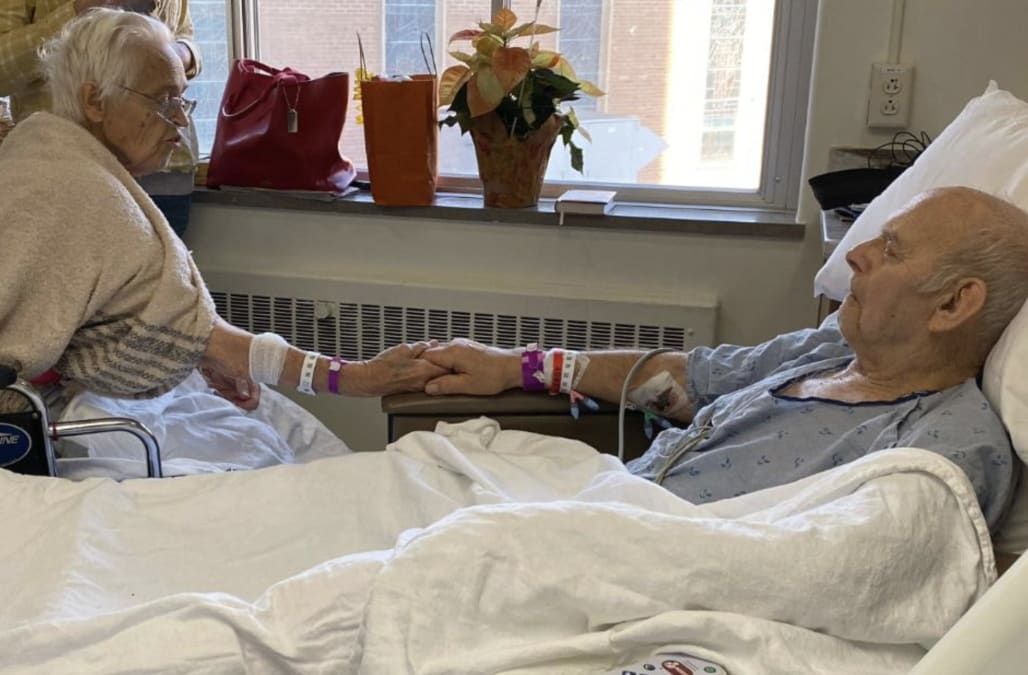 A Minnesota husband said he couldn't imagine his life without his wife of 68 years — and he didn't have to.

"They both knew what was coming and they didn't have any fear," their son, Brent Johnson, told CNN. "They had both lived full lives and they were ready."

Brent asked his father what his wishes were if his mom passed away. His dad answered that he couldn't imagine life without his wife. "And in the end, he was right," Brent said.

Robert and Corinne stayed close to their Minnesota home most of their lives maintaining a farm and raising their seven kids. They stayed on the farm until May of this year when they moved to an assisted living home.

The couple's long marriage is thanks to strong faith and commitment, their son said.

"He understood what it took to make a marriage work," he said. "Dad would say, if mom isn't happy, no one's happy."

The family established a memorial fund in honor of Corinne and Robert at the Scandian Grove Lutheran Church where they attended church during their nearly seven decades together.

More from Aol.com:
Football player stuns crowd with heartbreaking tribute to his parents who died before his final game
Strangers who met through accidental text to spend fourth Thanksgiving together
Ex-president Jimmy Carter released from hospital after brain surgery