Couple gets knocked off of their feet by a massive wave 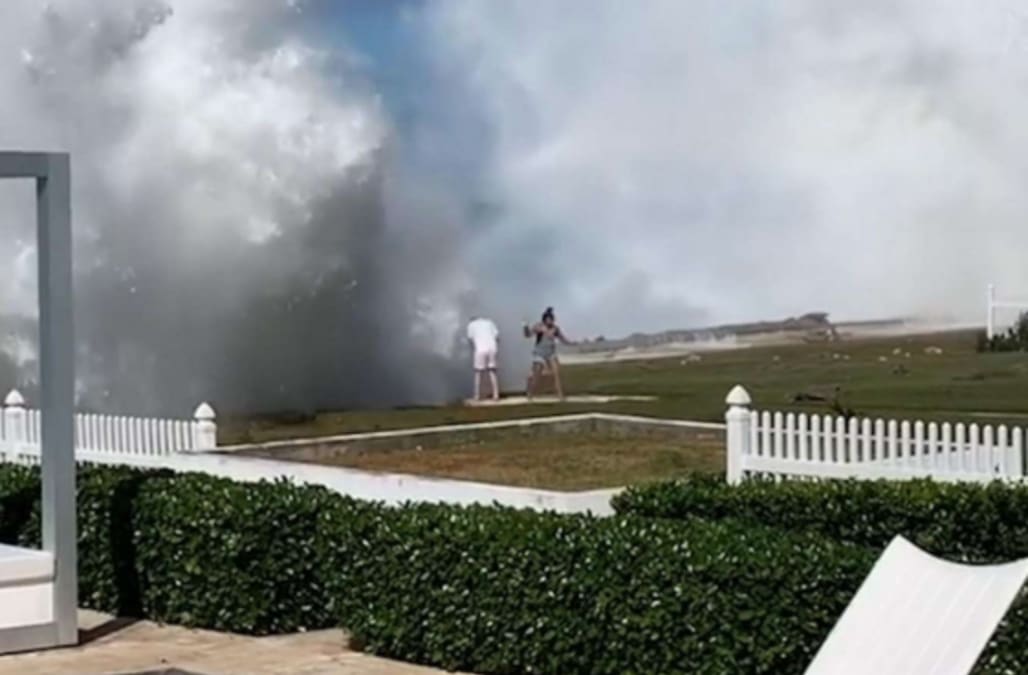 A couple was vacationing in the Dominican Republic and admiring the view when a rogue wave knocked them right off their feet.

In the In The Know video above, the couple can be seen standing a little too close to the crashing waves, as a bystander filmed them. Suddenly, one particularly rough and enormous wave emerged and took the two off guard. Even though they tried to run away, the wave slams down on top of them and wipes them out.

After being knocked over, the two take a minute to collect themselves on the ground — visibly stunned by what just happened.