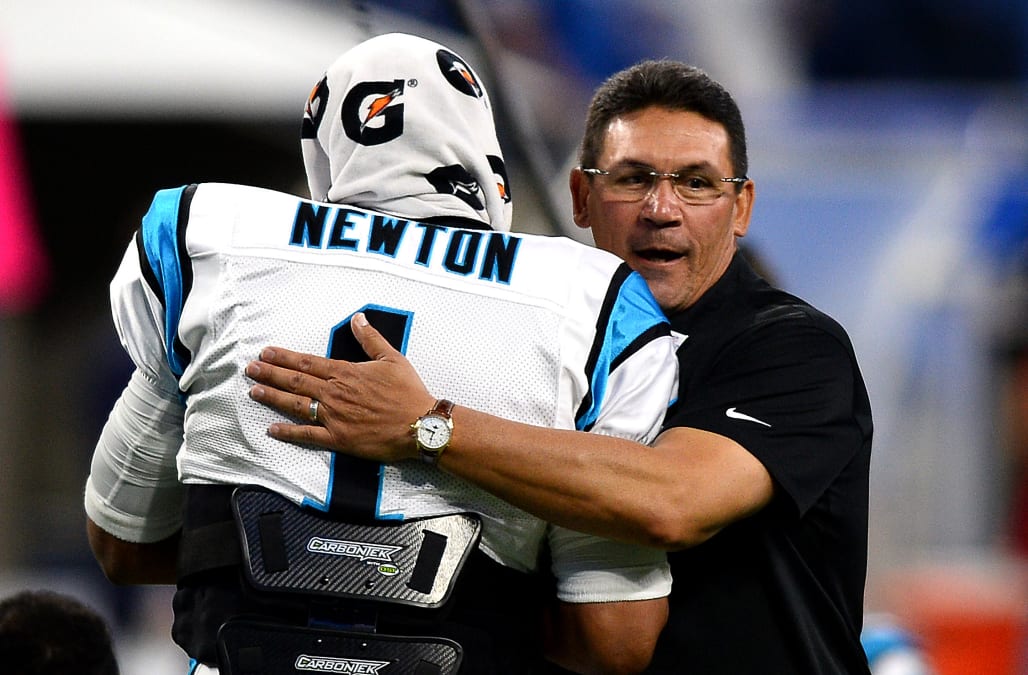 Carolina Panthers head coach Ron Rivera’s nine-year tenure with the team came to a close on Tuesday, with team owner David Tepper saying he believed the move to be the best decision for the team’s long-term success.

The move came as a surprise for many, given that Rivera is the winningest head coach in franchise history and was dealing with considerable roster limitations this year. Star quarterback Cam Newton and standout defensive tackle Kawann Short have been out for a majority of the season. The Panthers are currently 5-7 and tied for second in the NFC South with the Tampa Bay Buccaneers.

Despite a tough final season, Rivera was still well-liked in the Panthers locker room. Newton showed that soon after Rivera’s ouster, posting a thank you to Rivera on his Instagram story with his usual interesting font:

From #Panthers QB Cam Newton: “This one hurt deep!!” pic.twitter.com/9W7ZGYCv0k

Newton wasn’t alone in posting his gratitude toward Rivera. Several of the coach’s current and former players took to Twitter to honor their coach and express disappointment in the decision:

On the day I was traded to the @Panthers in 2011, every player who played for Ron in Chicago said the same thing to me on my way out. “You are going to play for a great coach, but a better man”.

thank you @RiverboatRonHC for all you’ve done for me and for believing in me! you are the best head coach the panthers organization has seen!#KeepPounding “control what you can control!” -Ron Rivera

Clearly, Rivera’s replacement will have some big shoes to fill in the locker room, in addition to the task of getting the Panthers back to contention.