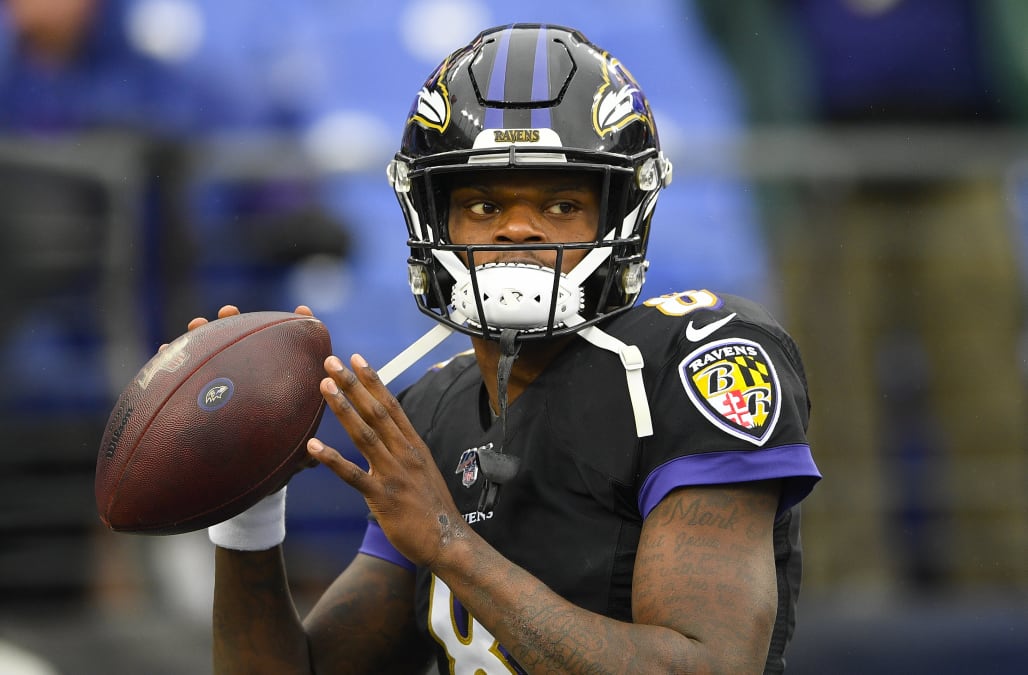 The San Francisco 49ers have suspended broadcaster Tim Ryan for saying that Baltimore Ravens quarterback Lamar Jackson has an advantage in faking handoffs because of his “dark skin with a dark football,” the San Francisco Chronicle reported Wednesday.

According to the Chronicle, the comments were made Monday during Ryan’s weekly segment on local radio station KNBR’s “Murph and Mac” morning radio show when discussing Jackson’s exceptional performance last weekend against the Niners.

Jackson rushed for over 100 yards in the Ravens’ 20-17 win, many of which came after successfully faking handoffs and running the ball himself.

“He’s really good at that fake, Lamar Jackson, but when you consider his dark skin with a dark football with a dark uniform, you could not see that thing,” Ryan said on air, according to the Chronicle. “I mean you literally could not see when he was in and out of the mesh point and if you’re a half step slow on him in terms of your vision forget about it, he’s out of the gate.”

Ryan, who is suspended for one game, gave a statement of apology to the Chronicle, and the 49ers gave a statement calling Ryan a “man of high integrity,” adding that he has apologized to team personnel privately.

“I regret my choice of words in trying to describe the conditions of the game. Lamar Jackson is an MVP-caliber player and I respect him greatly. I want to sincerely apologize to him and anyone else I offended,” Ryan’s statement read.

The 49ers also said they reached out to the Ravens to apologize.

Dr. Harry Edwards, the San Jose State University professor and civil rights activist behind Tommie Smith and John Carlos’ 1968 Olympics protest (who has also served an adviser to Colin Kaepernick, among many other things) also spoke to the Chronicle about Ryan’s comments.

Edwards, who knows Ryan, said that he didn’t think the “unfortunate” comments came from a point of malicious intent but called it a “learning moment.”