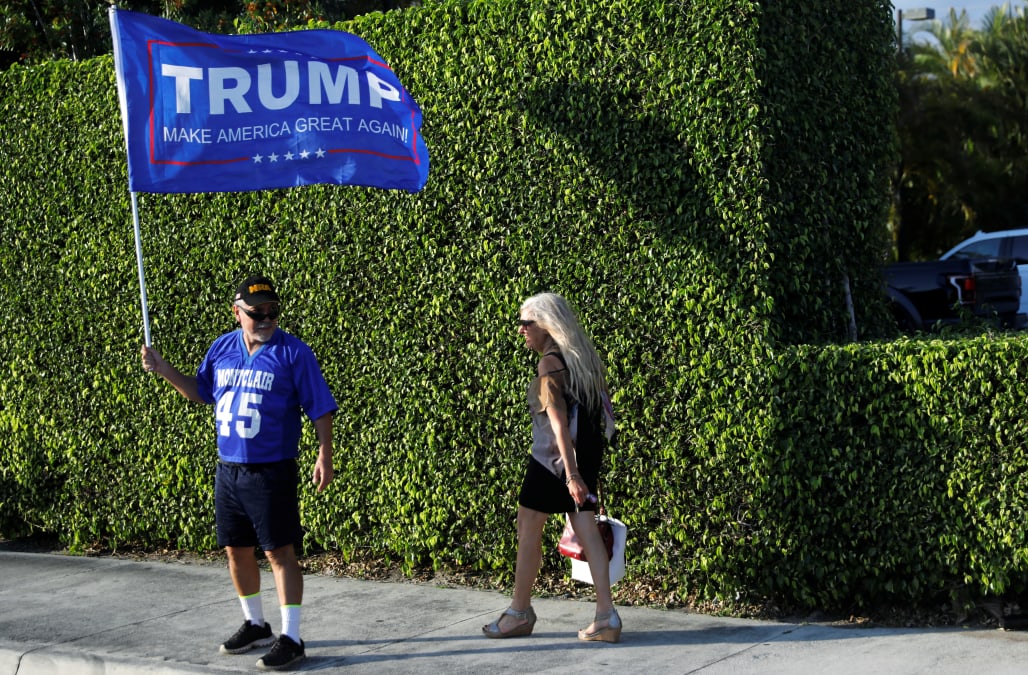 YouTube has removed hundreds of ads for President Donald Trump's reelection campaign for violating its policies, an investigation by CBS News' "60 Minutes" program has found.

More than 300 videos were removed from the platform, "60 Minutes" reported, citing transparency reports by Google, which owns YouTube.

However, the reports provided no information on what the videos contained or what rules they had broken.

"60 Minutes" said it was unable to establish if the adverts were removed because they contained false claims, copyright violations, or simply grammatical errors, noting that it found "very little transparency in the transparency report."

Google's report did, however, show that many of the adverts ran for several days before their removal, "60 Minutes" reported — suggesting that they likely already reached their target audience.

The report comes weeks after Facebook was criticized for refusing to remove a Trump campaign ad that contained falsehoods about Democratic frontrunner Joe Biden's reasons for seeking the removal of a Ukrainian official.

Social media giants have long come under pressure to halt the flow of disinformation on their sites, where policies have been weakly enforced, and algorithms can propel fake news and disinformation to millions of readers.

A prominent example is Russia's massive operation to spread fake news to help Trump's election in 2016.

Regardless, Trump and Republican activists have long alleged anti-conservative bias in major Silicon Valley companies, with Trump hosting a "social media summit" at the White House in July, where he invited far-right conspiracy theorists and conservative propagandists but not social media companies.

He attacked Facebook when several far-right activists had their accounts wiped from the site, among them Alex Jones, who had called for violence against political opponents.

In response to conservative criticism of its policies, YouTube CEO Susan Wojcicki told "60 Minutes": "There are lots of very successful conservative creators on YouTube ... Our systems, our algorithms, they don't have any concept of understanding what's a Democrat, what's a Republican. They don't have any concept of political bias built into them in any way."

"And we do hear this criticism from all sides. We also have people who come from more liberal backgrounds who complain about discrimination," she added. "And so I think that no matter who you are, we are trying to enforce our policies in a consistent way for everybody."