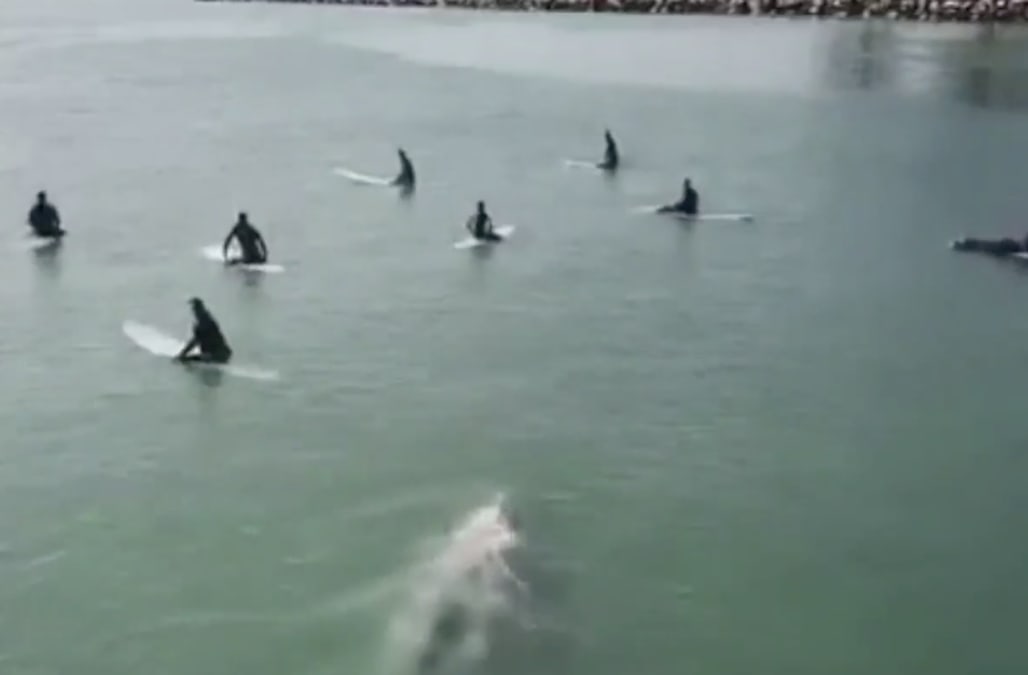 You're gonna need a bigger board.

Dramatic drone footage captured the moment a gray whale approached a group of surfers off the coast of Southern California.

In a clip of the encounter, the enormous mammal can be seen swimming directly under over a dozen of the athletes before flicking its tail and disappearing into the deep.

Payton Landaas, an 18-year-old senior at San Juan Hills High School, captured the astounding video on Monday after spotting the whale's spout while "checking the waves" from a bluff near his Capo Beach home, he told the Orange County Register.

"I thought it was pretty crazy," Landaas recalled.

Landaas was unable to alert the surfers to the whale's presence, as he recorded the close encounter from so far away. In fact, it appears that a majority of the group remained oblivious the entire time.

The high school senior later shared his footage with the Capo Cares Facebook page, where it has been viewed over 125,000 times.

"Whale watching in reverse," the page captioned the video. "Who knew?"