Donald Trump Jr, executive vice president of the Trump Organization, said he wishes he were Hunter Biden so he could get rich off his dad 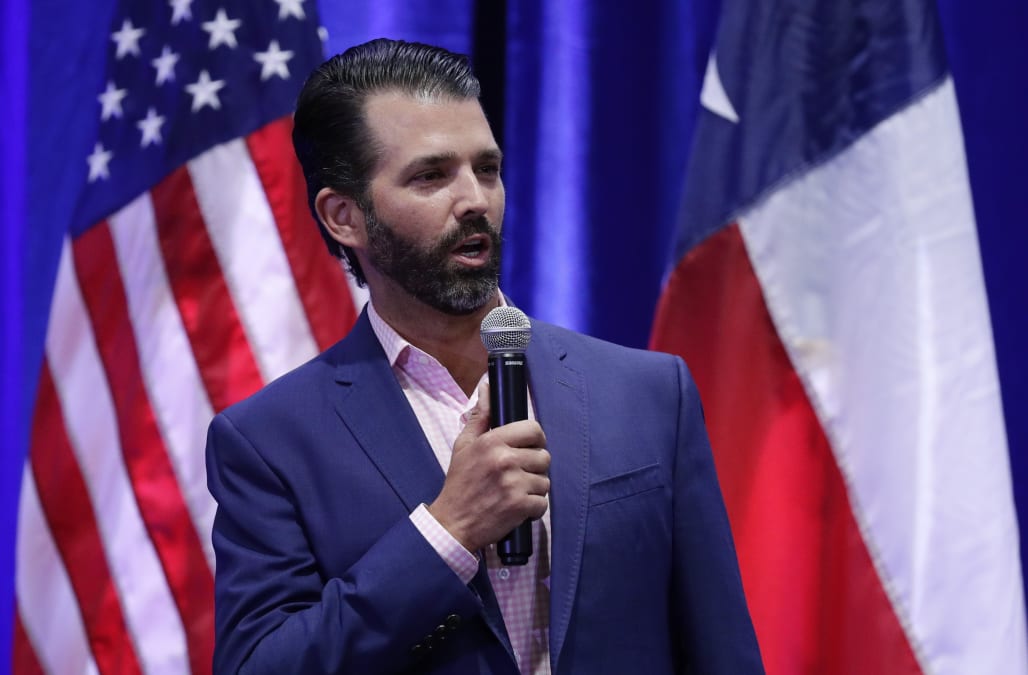 Donald Trump Jr said he wished that he were Hunter Biden, so he could move abroad and "make millions" from the success of his father.

The executive vice president of the Trump Organization made the comment on Sean Hannity's Fox News show on Wednesday night while plugging his new book "Triggered."

"I wish my name was Hunter Biden," he said. "I could go abroad, make millions off of my father's presidency, I'd be a really rich guy! It would be incredible!"

Trump Jr gave no evidence to substantiate the claim that Hunter Biden took money from China to sweeten the relationship with his father, vice president Joe Biden.

President Donald Trump also claims the Bidens got "millions of dollars from China." An investigation by The New York Times debunked the claim.

Trump Jr has obviously benefitted financially from his father's presidency. For example, Trump Jr was paid $50,000 for a 15-minute speech at the University of Florida on October 10.

He also works at his his father's company, overseeing his business empire since Trump took up the presidency. Most of his present-day media profile comes from discussing his father and his presidency Trump, his lawyer Rudy Giuliani, and other allies, have sought to damage Biden's reputation ahead of the 2020 presidential campaign, claiming without evidence that Biden improperly pressured Ukraine to fire prosecutor Viktor Shokin, who was investigating Burisma Holdings, who Hunter Biden worked for.

There is no evidence that Hunter Biden was individually scrutinized as part of that investigation.

Meanwhile, Trump himself is facing impeachment proceedings over the subject of a July 25  phone call with Ukraine's president Volodymyr Zelensky where he reportedly pressured him for "a favor." Whistleblowers allege Trump withheld aid from Ukraine, offering to return it as a "quid-pro-quo" for a new investigation into Hunter Biden.

Shortly before the call, the White House froze $391 million in military aid to the country.

In late September, multiple Trump allies criticized Biden for the alleged assistance to his son, appearing not to realize that Trump's children do business around the world while benefiting from the presidency.

More from Business Insider:
Kirstjen Nielsen said she resigned from the Trump administration because 'saying no' was 'not going to be enough'
Why Trump really dropped his Florida resort as G-7 venue
Former Defense Secretary Jim Mattis had an epic response to Trump calling him 'overrated'