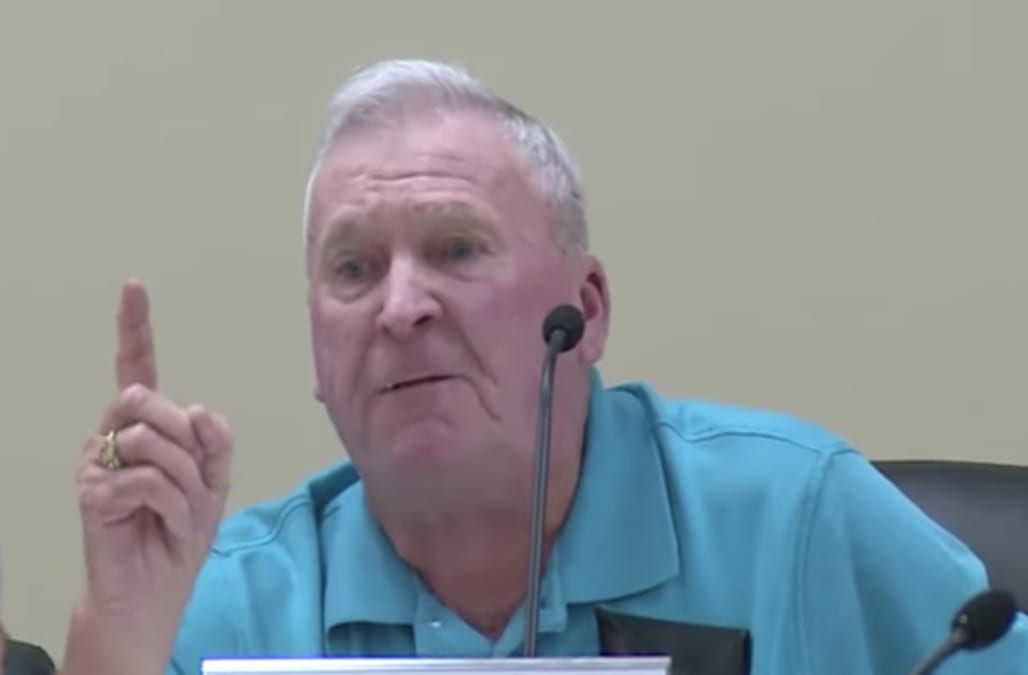 A local politician in Tennesee is facing backlash after going on a video-recorded rant in which he complained about Democrats, "queer" presidential candidates and the loss of white men's rights.

Warren Hurst, a commissioner in Sevier County, Tenn., made the comments during a debate on Monday, as local leaders were discussing whether their city should become a "gun sanctuary city."

The rant, which was filmed by WVLT-TV, started with the commissioner telling people to "wake up."

The comments, which were met by applause from several attendees, also caused at least one woman to stand up and leave the meeting.

Pete Buttigieg, the mayor of South Bend, Ind., is one of the Democratic candidates running in the 2020 presidential election. If elected, he would be the first openly gay man to serve as president.

Hurst never used Buttigieg's name specifically, and instead moved his focus to other topics, including what he explained as the loss of rights for white men in America.

"I’m not prejudiced, but by golly, a white male in this country has very few rights and they’re getting took more every day," Hurst said.

The commissioner has since faced backlash from multiple local politicians and rights groups. The Tennessee Equality Project, a statewide LGBTQ rights coalition, called for his resignation on Tuesday.

"He should apologize and, yes, he should consider resigning," a representative for the organization told WVLT-TV. "If there were some weird extenuating circumstances like he was having a medical issue, but, right now, it just looks like he made those remarks."

The City of Sevierville also condemned Hurst's remarks, saying they produced "rightful indignation" both locally and beyond.

"Although Sevier County government is separate from Sevierville City government, we realize that these remarks still impact all of us living and working in this area," the city said in a statement.

The county government, of which Hurst is a member, took to Twitter on Tuesday to express its own disagreement, saying that the commissioner's remarks do not in any way affect its views.

"Sevier County... does not discriminate based on race, color, religion, sex, national origin, age, disability, or status in any other group protected by law," the county's tweets read.

The statements made by Commissioner Hurst at the Sevier County Commission meeting of October 21, 2019, do not reflect the opinion or position of Sevier County administration. Sevier County is an Equal Opportunity Employer and does not discriminate (1/2)

The Tennessee Equality Project has said they will attend the commission's next meeting — scheduled for November 18 — in order to protest. The group is also encouraging others to attend the meeting in support of their cause.

"We will not forget the commissioner's harmful words," a representative for the group told WVLT-TV. "We condemn them and we believe many people in the area feel the same way."

More from Aol.com:
Officer allegedly pulls gun on teen over loud music: 'I'll shoot you in the ... face'
Waitress claims she was fired after refusing to serve transphobic customers
38 people cited for violations in Clinton email probe