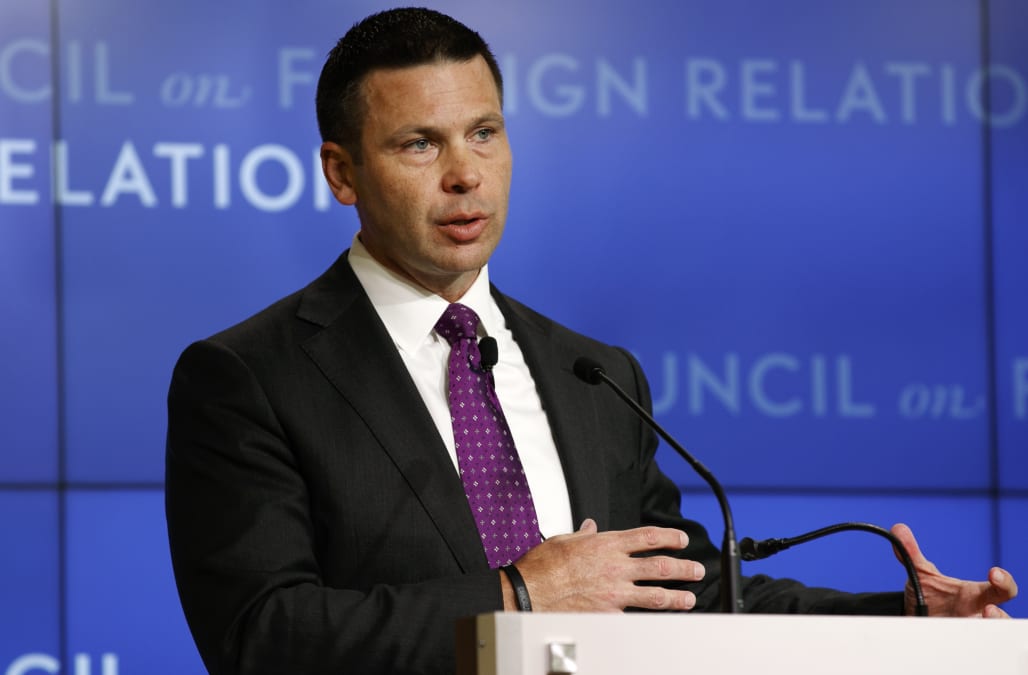 WASHINGTON, Oct 11 (Reuters) - U.S. President Donald Trump said on Friday that acting Homeland Security Secretary Kevin McAleenan was stepping down and a new acting chief of the agency would be named next week.

McAleenan became the fourth person to lead the agency under Trump in April after the Republican president asked for the resignation of Homeland Security Secretary Kirstjen Nielsen.

Before becoming acting secretary, McAleenan served as commissioner of U.S. Customs and Border Protection, one of the agencies operating under the Department of Homeland Security.

"Kevin now, after many years in Government, wants to spend more time with his family and go to the private sector," Trump said on Twitter.

"I will be announcing the new Acting Secretary next week. Many wonderful candidates," he said. (Reporting by Eric Beech and Mohammad Zargham; Editing by Sandra Maler)