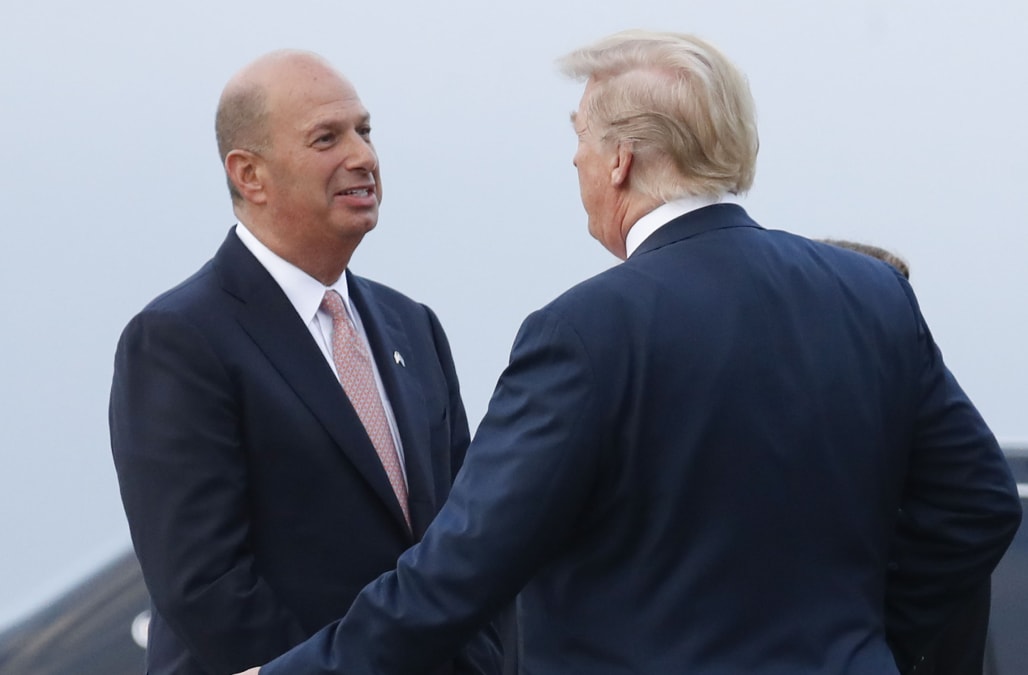 Three days after State Department officials, in a post-midnight phone call, ordered Gordon Sondland, a central player in the Ukraine controversy, not to testify in the House impeachment inquiry into President Trump, his lawyer said on Friday that he will appear before Congress next week.

“Notwithstanding the State Department’s current direction to not testify, Ambassador Sondland will honor the Committees’ subpoena, and he looks forward to testifying next Thursday,” Robert Luskin, Sondland’s attorney, said in a statement.

Sondland, the U.S. ambassador to the European Union, had been called to testify in private before three House committees on Tuesday, but the State Department directed him not to show up. Luskin told Yahoo News that Sondland got the order from a State Department official in a phone call at 12:30 a.m. on the morning he was scheduled to appear.

House Intelligence Committee Chairman Adam Schiff blasted the Trump administration for blocking Sondland’s testimony, saying that Sondland had turned over to the State Department text messages or emails “deeply relevant” to the investigation, but that the department had refused to provide them to Congress.

In his statement Friday, Luskin said that his client cannot turn over those documents under federal law.

“The State Department has sole authority to produce such documents, and Ambassador Sondland hopes the materials will be shared with the Committees in advance of his Thursday testimony.”

As the impeachment hearings enter their second week - one of the most highly anticipated testimonies will be Wednesday’s appearance from Gordon Sondland, the US ambassador to the EU.

Unlike the other witnesses in the inquiry, Sondland is not a career diplomat versed in the protocols of the State Department or a foreign policy expert. He’s a Seattle businessman who gave a million dollars to Trump’s inauguration and later became Trump's pick for envoy to the European Union. But Sondland’s direct interactions with Trump, and testimony from other witnesses about his dealing with Ukraine, have put him front and center in the controversy, over whether Trump made aid to Ukraine contingent on opening an investigation into his political rival, Joe Biden.

Sondland was one of three officials - along with Kurt Volker, the former representative for Ukraine, and Energy secretary Rick Perry - to take the lead on American policy toward Ukraine after Trump abruptly removed the U.S. ambassador in Kiev, Marie Yovanovitch.

Alexander Vindman, a U.S. Army lieutenant colonel and Ukraine expert on the NSC, said he heard Sondland explicitly press Ukrainian officials to investigate Joe Biden and his son, according to a transcript of his private testimony.

And On Friday David Holmes, a U.S. embassy official in Kiev, told lawmakers in closed-door testimony, that he overheard a phone call between Trump and Sondland, in which the ambassador told the president his Ukrainian counterpart was ready to carry out the investigations. The phone call occurred on July 26, one day after the phone conversation between Trump and Zelenskiy.

The top US diplomat in Ukraine Bill Taylor discussed that call in his public hearing.

Sondland appeared in released texts saying there was no quid pro quo in withholding aid. But after testifying behind closed doors, he then had to revise his testimony to say that by September he had come to view a suspension of U.S. security aid as being held up as leverage to get Ukraine to commit.

Up until now – among the GOP's main defenses of Trump are that there was no quid pro quo, and that no witnesses has spoken directly to Trump about the withheld aid. Democrats hope Sondland could undercut those arguments..

The announcement came hours before Marie Yovanovitch, the former U.S. ambassador to Ukraine, was scheduled to testify before the same committees as part of the House impeachment probe. Yovanovitch was removed from her post, reportedly because she objected to the backchannel communications between Rudy Giuliani, Trump’s personal lawyer, and the government of Ukraine.

Sondland, a businessman and investor whose companies donated at least $1 million to Trump’s inauguration, was appointed by Trump in May 2018. Ukraine is not part of the European Union, but he has said he took on special assignments from Trump outside his nominal duties.

In text messages released last week, Sondland was party to key exchanges on whether the White House was withholding a military aid package for Ukraine as part of a “quid pro quo” in exchange for a Ukrainian investigation into former Vice President Joe Biden and his son Hunter.

“As I said on the phone, I think it’s crazy to withhold security assistance for help with a political campaign,” Bill Taylor, the top U.S. diplomat in Ukraine, wrote in a text message to Sondland at 12:47 a.m. on Sept. 9.

Some hours later, during which Sondland reportedly consulted with Trump, he replied: “Bill, I believe you are incorrect about President Trump’s intensions (sic). The President has been crystal clear no quid pro quo’s of any kind. The President is trying to evaluate whether Ukraine is truly going to adopt the transparency and reforms that President Zelensky promised during his campaign.”

He then added: “I suggest we stop the back and forth by text.”