Pentagon officials deemed withholding of aid to Ukraine was illegal 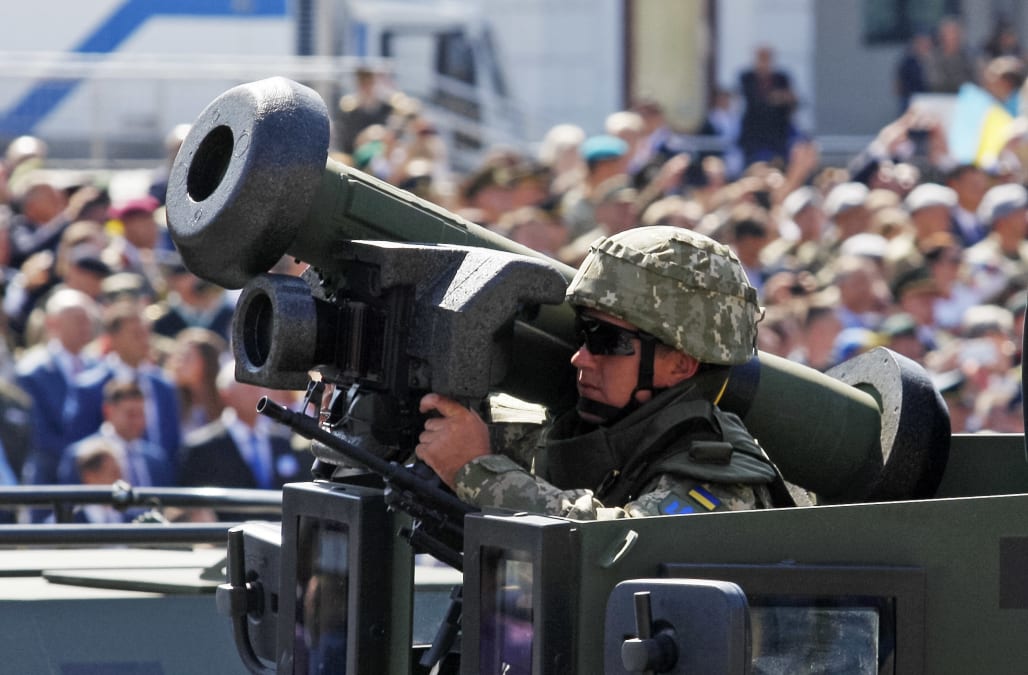 WASHINGTON — The Pentagon was confused. Hundreds of millions of dollars in military aid to Ukraine had been appropriated in late 2018 by Congress, intended to help fend off aggression by neighboring Russia. But well into 2019, as summer was edging toward autumn, the funds had still not moved.

Department of Defense officials began to worry that the funds would never make it to Ukraine, since the appropriations would expire with the end of the fiscal year on Sept. 30. They even began to prepare a legal challenge to the freezing of the funds, leading to an unprecedented fight within the Trump administration.

Since then, the Ukraine affair has turned into an impeachment inquiry that could see President Trump removed from office. But it is also an example of yet another federal agency — this time, the Pentagon — caught off-guard by the president’s political imperatives.

Before impeachment was ever an issue, the military funding for Ukraine seemed a settled matter. In late May, John Rood, an undersecretary of defense for policy, sent a letter to Congress outlining at great length the kinds of weapons, defense systems and other forms of aid Ukraine could expect. Theses included everything from radars to demining vehicles to rifle sights to training for that country’s military.

“Implementation of this further support will begin no sooner than 15 days following this notification,” Rood wrote. He added, a little later in the document, that the U.S. “remains committed” to helping Ukraine “defend its territorial integrity.”

But that commitment would waver drastically in the months to come, causing anxiety and puzzlement both in the Pentagon and on Capitol Hill, and putting military officials into a confrontation with other members of the Trump administration, who were seemingly more intent on carrying out the president’s political goals than in helping a foreign ally.

The Pentagon would not comment on the record for this story. But several congressional aides — all of whom would speak only on the condition of anonymity— provided Yahoo News with details of how, over the summer, officials in the Office of Management and Budget repeatedly stonewalled both Congress and Pentagon officials who wanted to know why funds allocated to Ukraine had not been disbursed.

The State Department was making similar efforts — and encountering similar frustration, suggesting that career diplomats and senior military officers were being challenged by administration officials whose main objection was apparently to satisfy Trump politically.

At this point, the Ukrainian aid package was merely a policy conundrum, not an example of quid pro quo that congressional Democrats argue is worthy of impeachment. Hunter Biden had business dealings in Ukraine that some observers have insisted were improper. In a July 25 phone call, Trump asked Ukraine’s new president, Volodymyr Zelensky, to help with the Biden investigation. The request came right after Zelensky asked Trump about Ukraine’s purchase of U.S. Javelin missiles (the missiles were not part of the $250 million aid package allotted by Congress).

Members of Congress would not know about that phone call for another two months, however. Even so, congressional committees were already investigating why the Office of Management and Budget had placed holds on the Ukraine aid package.

By mid-July, the Pentagon started “pushing back quietly,” according to one of the two congressional aides who spoke to Yahoo News for this story, only to have OMB start asking questions of its own, such as, “How is this money going to be used?”

In fact, Rood’s letter from May had outlined meticulously the military portion of the aid package. But OMB seemed unsatisfied. Officials from the budget office were “almost fishing for reasons” to keep the money from making its way to Kiev, according to the congressional aides familiar with the matter.

An important but little-known branch of the White House, the OMB is headed by Russell Vought, formerly an executive at the Heritage Foundation, a conservative organization with deep roots within the Trump administration. He succeeded Mick Mulvaney, the former tea party congressman who is now Trump’s chief of staff.

In mid-July, the Pentagon and other concerned parties began a series of interagency meetings about how to free up the money for security assistance to Ukraine. Everyone who attended the meetings was, according to congressional staffers, “united in wanting to provide the Ukrainians this funding.”

The Pentagon went so far as to conduct its own legal analysis of the holds, determining that they were illegal. A government official confirmed that such an analysis took place. So did several Capitol Hill staffers. They all described the conclusion of that analysis in similar terms.

“This is part of the basis for our investigation and overall impeachment inquiry,” acknowledged one congressional staffer who was unauthorized to speak to the press.

At that point, the budget office revealed that the holds were authorized at the direction of the president, which, in effect, made them legal.

But sources familiar with the matter say that defense officials were busy figuring out how to get the aid package to Ukraine, even with the fiscal year coming to an end and the White House resistant to the release.

A senior White House official disputed this version of events. He said that there was “not anything nefarious” in the holdup of the Ukraine aid, and that Trump wanted to make sure the money was “not going to be wasted.” Trump had been critical of foreign aid, the official said, and this was in keeping with his policy of monitoring it more closely.

That version of events is somewhat contradicted by a Wall Street Journal report that disclosed how political appointees at the OMB were the ones who prevented the military aid package from reaching Ukraine.

According to congressional aides, Defense Secretary Mark Esper “kept on pushing the issue” with Secretary of State Mike Pompeo and national security adviser John Bolton, who would soon be forced out of his position. The Pentagon began to worry that if the money were not disbursed by the end of the fiscal year, the appropriation would expire. That would leave Ukraine weakened in the face of a determined, bellicose foe.

Confusion spread across Capitol Hill — and beyond. One staffer to a Democratic congressman described how, in late August, the member of Congress she worked for was approached by defense contractors to send a letter to the Trump administration urging a release of the aid money. The congressman was made aware that the hold was being directed by the president.

Another staffer says that when his colleagues visited the U.S. Embassy in Kiev in mid-August, they heard similar complaints. Those complaints were conveyed to the Pentagon, which made its own position clear.

“We don’t support this,” defense officials told the Washington-based staffer.

The hold was finally lifted on Sept. 12, and the $141 million for Ukraine was released. About a week later, reports broke that a whistleblower, later identified as a Central Intelligence Agency officer detailed to the National Security Council, had filed a whistleblower complaint alleging that Trump had attempted to pressure the Ukrainian leader to interfere in the U.S. 2020 presidential election.

For his part, Esper has tried to downplay the Pentagon’s frustration over the funding holdup. In late September, he said that “at no time or at any time has any delay in this money, this funding, affected U.S. national security.” But that statement belies the urgency with which he pressed for the funding to be released throughout the summer.

Trump has denied that he did or said anything inappropriate on the call with Zelensky. Democrats, however, have moved to impeach him over the entire affair.

More from Yahoo News:
Trump rails against impeachment inquiry as his supporters see a ‘coup’
Pence tries to explain away what the world heard Trump say
Trump lashes out at Fox News over impeachment poll numbers