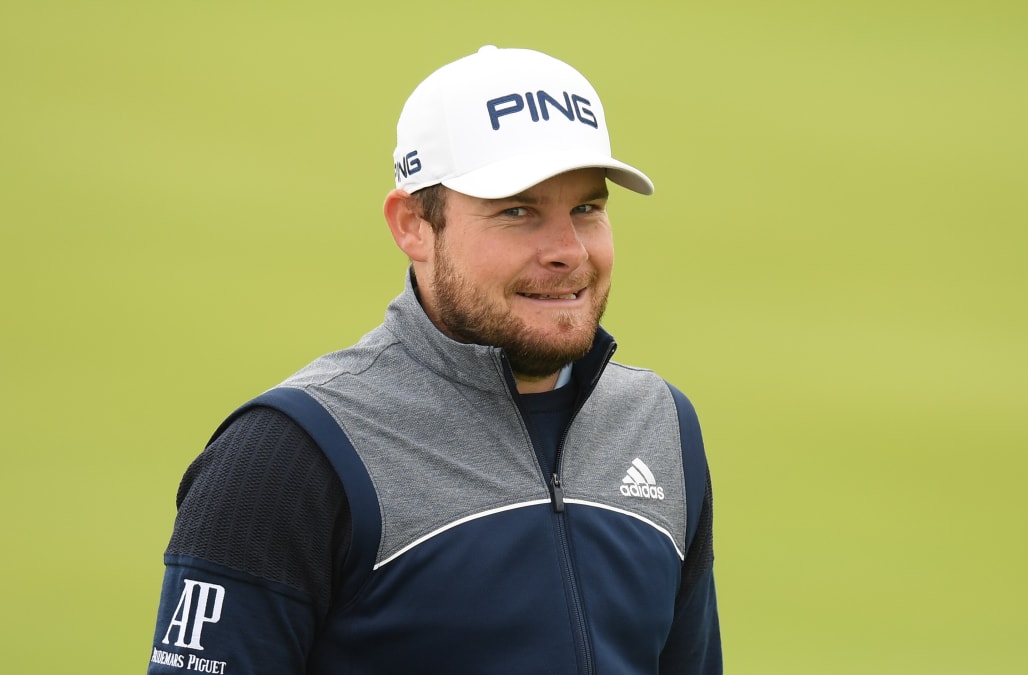 Of all the golf etiquette to remember, being conscious of noise while a player is setting up to swing has to be tops.

Tyrrell Hatton’s fiance had a momentary lapse in this Friday and it was all caught on camera.

Hatton was on the 11th hole at the Italian Open in Rome when he heard a loud noise and stopped mid-swing. He became visibly distracted and suddenly announces to The European Tour social team his fiancée, Emily Braisher, was the cause of the commotion.

She was shutting the door to a port-a-potty.

“You put me off. You should be ashamed!” Hatton joked toward her as everyone had a good laugh.

Hatton, 27, is known for his reactions on the European Tour, as chronicled by Golf.com. He has called himself “Headcase Hatton” and asserted his mental game is a three out of 10. He had fun with the moment, laughing while watching the video, and retweeted it with the hashtags “#weddingsoff” and “#toiletgate.”

Hatton “flushed the approach,” per a punny follow-up tweet by The European Tour, and finished with a two-round total of 5-under to land five strokes behind the leader. He has three career European Tour victories, including the 2017 Italian Cup, and tied for sixth at the 2018 U.S. Open. He also tied for sixth at The Open Championship.