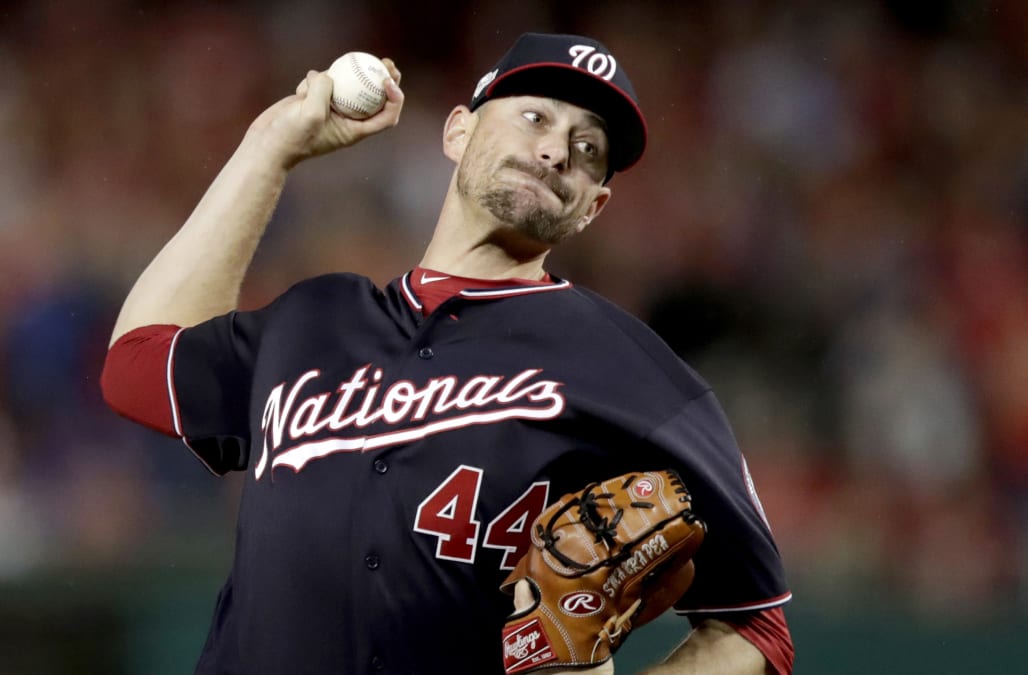 The Washington Nationals will begin the National League Championship Series against the St. Louis Cardinals without their top reliever, closer Daniel Hudson, due to the birth of his child.

According to one former baseball executive, that just can’t happen.

The Nationals announced Friday that closer Daniel Hudson will open the series on the paternity list, sidelining him between one and three days. Nationals manager Dave Martinez told reporters that Hudson’s wife gave birth to a girl Friday morning.

The joyous news was met with disapproval from former Marlins president David Samson, who was fired after the new team ownership took control.

Unreal that Daniel Hudson is on paternity list and missing game 1 of #NLCS . Only excuse would be a problem with the birth or health of baby or mother. If all is well, he needs to get to St. Louis. Inexcusable. Will it matter? #waittosee

You heard it here first, folks. The only way Daniel Hudson is allowed to spend the first day of his daughter’s life with her is if something is medically wrong with her or his wife. Those are apparently the rules in Samson’s head. Good thing the Marlins never made the playoffs after the paternity list’s creation in 2011, otherwise there might have been some problems.

Of course, Samson should be quite familiar about the importance of family. He became a top executive for the Montreal Expos, then the Marlins after marrying the daughter of former owner Jeff Loria.

Samson would later go on to fight off a RICO lawsuit over his mismanagement of the Expos, fleece Miami taxpayers in a $1.2 billion stadium deal that later triggered an SEC investigation then taunt them over it, threaten to fire employees for letting an octopus win a mascot race and become the first person voted out on a season of “Survivor.” Clearly, a man who knows what it takes to win.

Less irate over Hudson missing Game 1 was Martinez, who said that Hudson should not be putting a baseball game over his family.

“I told him, ‘Hey, family's always first,’ ” Martinez said. “I understand. The timing didn't work out like we thought, baby wasn't ready to come out. So we get him back when we get him back.”

Per MASN’s Mark Zuckerman, Hudson flew from Los Angeles to Phoenix on Thursday morning, the day after the team’s NLDS Game 5 win, and the birth took longer than expected. Hudson expects to be back with the team for Game 2, according to the Washington Post.

How will the Nationals replace Daniel Hudson?

As great as the news is for Hudson — and it is absolutely his right to take the game off for a special day with his family — he leaves a significant hole in a bullpen so thin that the Nationals turned to their rotation multiple times during the NLDS for late-innings work.

Nationals No. 4 starter Anibal Sanchez is slated to start for Game 1. Behind him is likely No. 5 starter Austin Voth in a piggyback role. Voth has not appeared in a game since Sept. 27.

Martinez also mentioned Tanner Rainey (3.91 ERA in 2019) and Fernando Rodney (4.05 ERA) as possibilities, and you’d imagine former closer Sean Doolittle, who closed out Game 5 of the NLDS, could be called as well. Wander Suero (4.54 ERA) is the designated player for Hudson to replace when he returns.

“We have enough weapons in that bullpen to hold off,” Martinez said. “It's one game, we'll figure it out. When the game starts we'll see where we're at and then we'll go from there.”