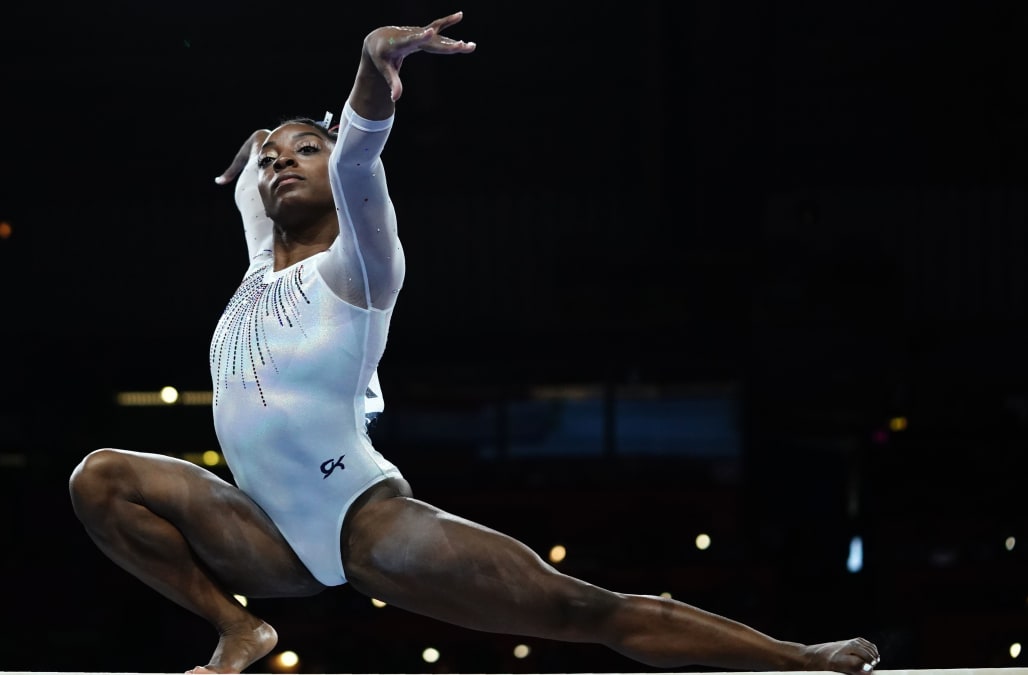 Over four routines, Biles, 22, earned a total score of 58.999. She beat silver medalist Tang Xijing by 2.1 points, which breaks Biles’ own record for margin of victory. Not only can’t she stop winning, but she also can’t stop setting records.

Everyone expects brilliance from Biles whenever she competes, especially Biles herself. She considered her showing at the 2018 world championship a “disaster,” falling twice while dealing with kidney stones. She still won the all-around title and set a record for largest margin of victory — a record she just broke on Thursday with a flawless, fall-free performance on all four apparatus.

Biles’ signature is her incredible power, which was on display in every routine. Her beam performance was heart-pounding.

Sadly, Biles didn’t do her famous (and famously difficult) beam dismount, which features a backflip and two twists. The International Gymnastics Federation downgraded the difficulty of that dismount earlier in the week due to how dangerous it could be for other, less experienced gymnasts to attempt. Biles was not a fan of that decision.

Biles’ routine on the uneven bars was controversy-free and absolutely dizzying.

She flew so high and so fast on the vault.

And she finished her day on the floor (which you can watch at the top of this post), ending her dynamite routine with a pantomimed mic drop. You can’t deny it: she’s the GOAT.

Biles has more medals to earn at the World Championships. The individual apparatus events will take place on Saturday and Sunday, and she won medals in every single one in 2018.