PG&E slammed for rolling blackouts for millions of Californians 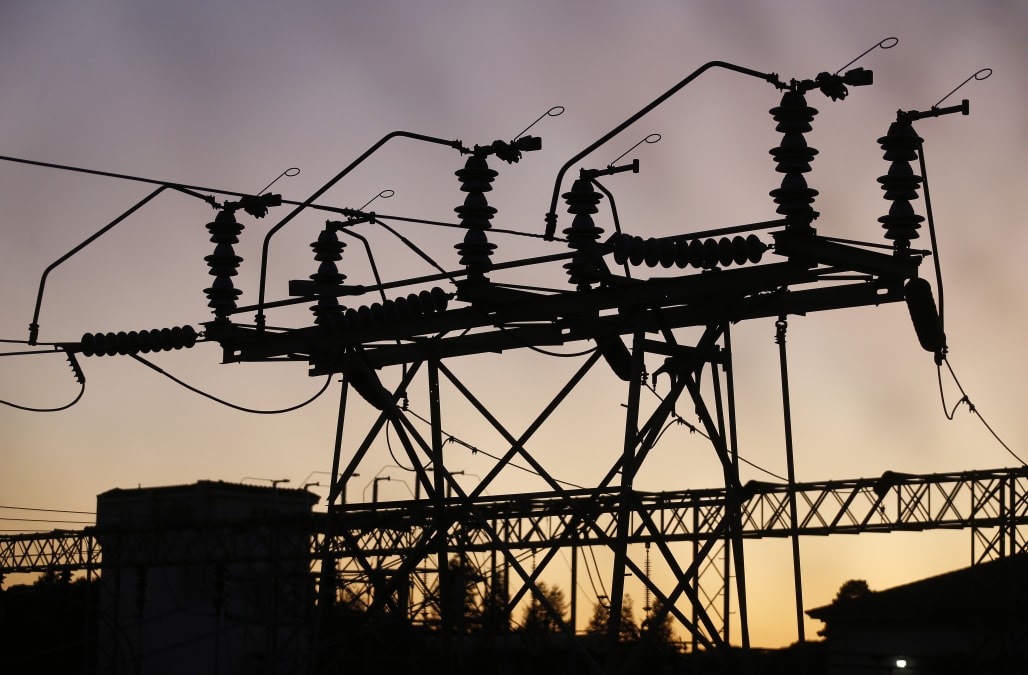 SONOMA, Calif. — Californians from the governor on down slammed California's largest utility on Wednesday for rolling blackouts that could plunge up to 2 million people into darkness as it scrambles to keep its power lines from sparking new wildfires.

Pacific Gas & Electric Corp., or PG&E, began shutting off power in phases early Wednesday to about 500,000 customers in northern and central parts of the state, including sections of the San Francisco Bay Area. A second wave, affecting about 250,000 customers, began in the afternoon.

Because customers include businesses in addition to individual homes, PG&E said the shutdown could affect as many as 2 million Californians. And it said customers wouldn't be reimbursed for lost business, housing alternatives or spoiled food and medicines.

"I'm outraged, because it didn't need to happen," Gov. Gavin Newsom said in an appearance Wednesday in San Diego.

But the governor said PG&E never should have gotten to this point.

"They're in bankruptcy because of their terrible management going back decades," Newsom said. "They created these conditions."

PG&E's energy unit declared the largest utility bankruptcy in U.S. history in January as it faced massive liabilities from its role in several highly destructive fires that burned hundreds of thousands of acres of Northern California in 2017 and 2018.

More than 80 people were killed last year in one of the blazes, which was dubbed the Camp Fire. The company could be on the hook for up to $18 billion in financial damages at a scheduled trial over its responsibility in the Camp Fire and other devastating wildfires going back to 2017.

PG&E said Wednesday night that work to restore power can't start until this week's dangerous weather has passed and all of the utility's lines have been inspected for safety. And even then, it can go forward only in daylight.

Citing the large number of outages and the potential unknown damage, "we only know that it could take several days to fully restore power," said Sumeet Singh, PG&E's vice president for community wildfire safety programs.

That prospect frightens people like Wanda Stricklin, 84, who has lived at Seven Flags of Sonoma, a mobile home community for senior citizens in Sonoma, southwest of Sacramento, for 24 years.

Stricklin told NBC News that she has diabetes, which she treats with insulin that must be kept refrigerated. But the power went out at Seven Flags overnight, and "they tell me now we may be out five days."

"I have to keep making sure that all my medication for my diabetes is really going to stay put," Stricklin said. "Otherwise, I have to get new diabetic medicine."

If she has to throw out her insulin, there's no guarantee that her health care coverage will provide it at an affordable price. Nor would she likely be able to turn to PG&E for help.

"Because we're shutting off the power for safety reasons, we do not reimburse customers," Ari Vanrenen, a spokeswoman for the utility, told NBC News on Wednesday.

"If a customer would like to submit a claim, we will evaluate on a case-by-case basis," she said.

Jackie Duncan, 79, who's lived at Seven Flags for 2½ years, said her 50-year-old daughter has been diabetic since she was 7 years old and takes four shots of insulin every day.

"The insulin, that's really what my concern is," Duncan said, because ice to stock coolers has been hard to find.

"And that's another issue, too, for people here in the park who are on oxygen, also," she said. "That's not good, but they don't seem to care about that. They do not care about that, really."

Darryl Blanton, 80, a resident since 1989, said he'd be going to bed afraid he might not wake up. That's because he uses a forced-air apparatus called a C-PAP to regulate his breathing while he's asleep.

"I've used that since 2003, and I can't sleep without that," Blanton said. "And it's bad for my health — I could have a heart attack because of not being able to sleep."

Blanton said the machine's backup battery is good for only a day, so he's had to find a friend who has power to recharge every day.

Other Californians may have taken more extreme measures.

The California Highway Patrol told NBC News it was investigating what appeared to be a drive-by shooting of a marked PG&E truck on Tuesday night.

The truck was on an interstate in Williams, in Colusa County, when its passenger-side window was shattered, the CHP said, and an investigation indicated it was struck by a bullet. The driver wasn't injured, it said.

Singh, the PG&E vice president, said the company understood the stressful impact of its shutdown and was working as fast as it could to restore power.

"This is not a decision that we take lightly," he said. "This is the measure that is needed as a last resort."

Singh acknowledged that PG&E could have taken steps sooner to ensure that its faulty lines wouldn't spark wildfires. But he said that he's "not looking at the past" and that "we are doing everything we can."

"We are where we are at the moment," he said. "We can all Monday-morning quarterback later."

Singh and Vanrenen, the PG&E spokeswoman, blamed climate change for some of the company's problems.

Singh said hardening PGE's infrastructure would be "a multi-year journey."

Vanrenen, meanwhile, said extreme weather was increasing because of climate change, "and we do think that this is the new normal that we need to be prepared for."

That's not good enough for Duncan and her neighbors at Seven Flags.

"They could have done something a long time ago about protecting us and their equipment," Duncan said.

"And it's their problem, not ours," she said. "I feel strong about that."

Sottile reported from Sonoma and Johnson from Los Angeles.

More from NBC News:
Trey Gowdy left Congress a GOP bulldog. He joins Trump's legal team a lapdog.
Lindsey Graham duped by Russian pranksters
Are you swiping away money? These simple tips can help you get control of your spending