Clayton Kershaw blamed himself after suffering yet another catastrophic postseason collapse 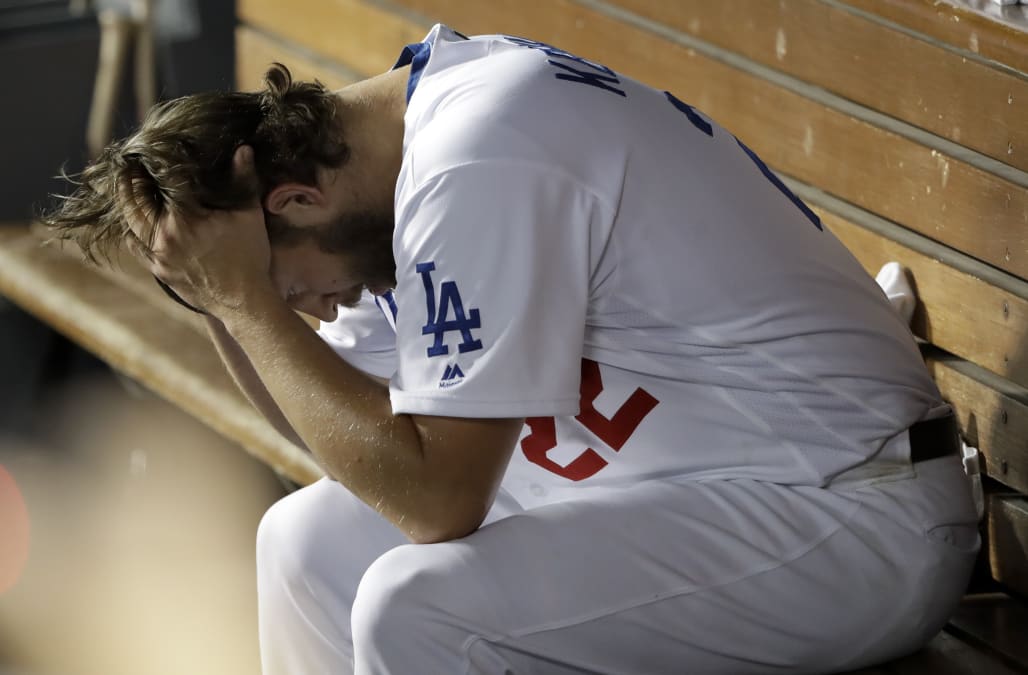 Clayton Kershaw, the best pitcher in baseball for the past decade, collapsed in a crucial spot and cost the Dodgers their shot at the World Series.

Holding a 3-1 lead against the Washington Nationals heading into the eighth inning of a decisive Game 5, the Dodgers were just six outs away from advancing to the NLCS for the fourth straight year.

Kershaw had secured the final out of the seventh inning and was back on the mound to get through the heart of the Nationals order to start the eighth. He would instead throw just three pitches. Two of them left the ballpark.

Leading off the inning, Anthony Rendon caught a ball low in the zone and sent it over the wall in left field to cut the Dodgers lead to 3-2. The very next pitch, Juan Soto took advantage of a hanging slider to tie the game. Judging by his reaction, Kershaw knew it was gone as soon as Soto made contact, maybe even before.

A couple of the biggest swings in Nationals history happen consecutively.pic.twitter.com/ZuAYdGSPQG

Kenta Maeda would relieve Kershaw after that, striking out the next three batters in order, but the damage was already done. A once jovial Dodger Stadium tensed at the realization that another horrifying playoff exit loomed. In the top of the 10th inning, the Nationals put the nail in the coffin with a Howie Kendrick grand slam.

After the game, Kershaw could only blame himself for the loss.

"Everything people say is true right now about postseason," Kershaw said. "I understand that."

"I had one job to do. Just get three outs. Got one out and didn't get the other two. Went over the fence and cost us the game right there. It's a terrible feeling. No excuses. Just didn't make pitches and guy hit it over the fence, twice."

Through 162 games of regular season baseball, the highs and lows of a season tend average each other out. But the postseason is made up of singular moments and performances, and Kershaw always seems to find himself on the loser's end of those moments.

The circumstances are confounding, even to himself.

"I've had to do it so much. I don't know," Kershaw said when asked how long it would take him to get over the loss. "It might linger for a while. I might not get over it. I don't know. But spring training is going to come, I have to be ready to pitch, do my job as best I can."

With three Cy Young awards, an NL MVP, and a career ERA of 2.44, Kershaw is one of the best to ever take the mound. His regular-season success has only made his postseason collapses more baffling, and harder to watch with each successive failure.

Kershaw's story seems written as the precursor to his coming career-defining moment. In the movie version of his hero's journey, Kershaw would find his redemption, finally carrying his regular-season dominance into October to bring the Dodgers their first World Series title since 1988.

But that story has been set up for years now, and with each opportunity to dig himself out, Kershaw has only fallen deeper.

The ending is always the same.

NFL POWER RANKINGS: Where every team stands heading into Week 6

NOW WATCH: Tiger Woods has won more money than any other golfer. Here's how he makes and spends his millions.