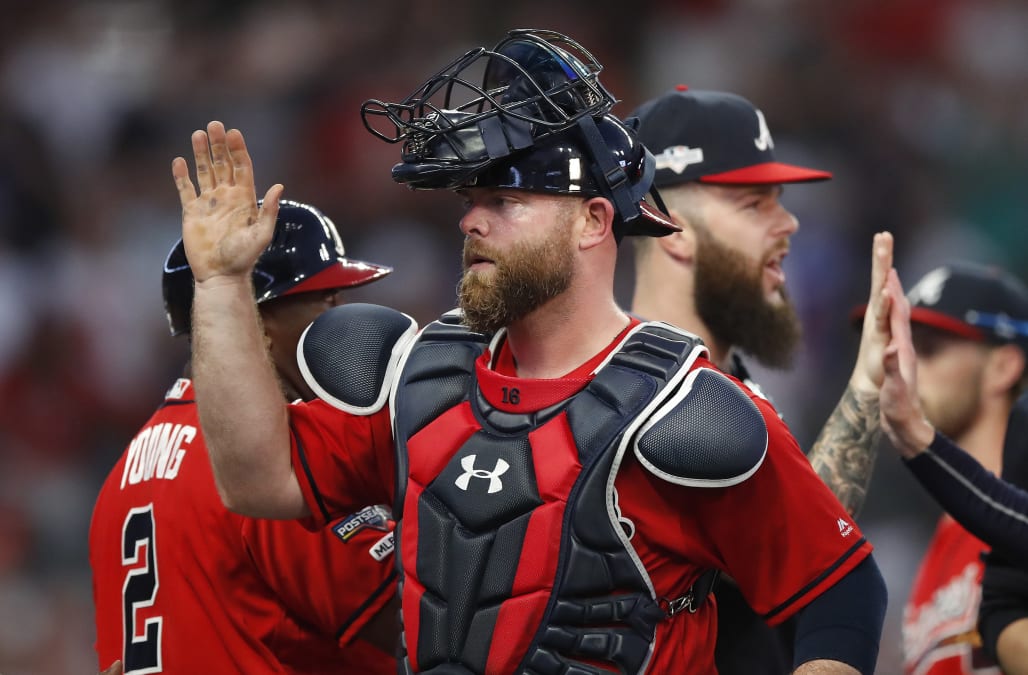 After a decade and a half in the major leagues, Atlanta Braves catcher Brian McCann is calling it quits.

The former All-Star told reporters after the Braves’ NLDS loss to the St. Louis Cardinals that he is retiring. Thanks to a one-year contract signed last offseason, McCann’s career will end with the same team with which he spent his first nine seasons in MLB.

McCann was a perennial All-Star during his first tenure with the Braves, providing one of the most dangerous bats from the catching position in the league and accruing seven All-Star nods. From 2008 to 2016, McCann posted at least 20 homers in every season, a nine-year streak bested only by Mike Piazza and Yogi Berra at the catching position.

After hitting free agency following the 2014 season, McCann signed a five-year deal with the New York Yankees, where he saw less success until he was traded to the Houston Astros. There, he won his first career World Series ring in 2017.

McCann later returned to the Braves for one last ride, the perfect setting for a man who was born in Atlanta, grew up in Georgia and was drafted by the Braves back in 2002.

“I went to high school here. I grew up here. I got to play nine years to start my career here,” McCann said. “I grew up with some of my heroes growing up, and got to come back and play with the new generation. I’d say that’s a success.”

Of course, McCann’s legacy is also defined by who we was as a teammate, and the reviews there are quite positive.

Players from all three of McCann’s teams took to Twitter to congratulate him on his career and sing his praises inside the clubhouse.

To one of my favorite teammates ever.....congrats on a fabulous career! Thanks for keeping me young and keeping me from retiring a couple yrs earlier. Ur a true pro, a leader of men, a great father and a best friend! Have a great retirement, Brian McCann! Ur the best out there

What a gamer... will miss watching Bmac play the game. https://t.co/L2sx3KPoLr

I was a Pharmaceutical rep pitching in the big leagues the first time I pitched to Brian McCann. Without him my career would not have been. https://t.co/2rwEdZZ98A

Congrats to my former teammate and current stepbrother on an amazing career. One of the best catchers of this generation and universally respected around the game. You’re going to love retirement bro! ⁦@Braves⁩ https://t.co/R61PlIqwHR