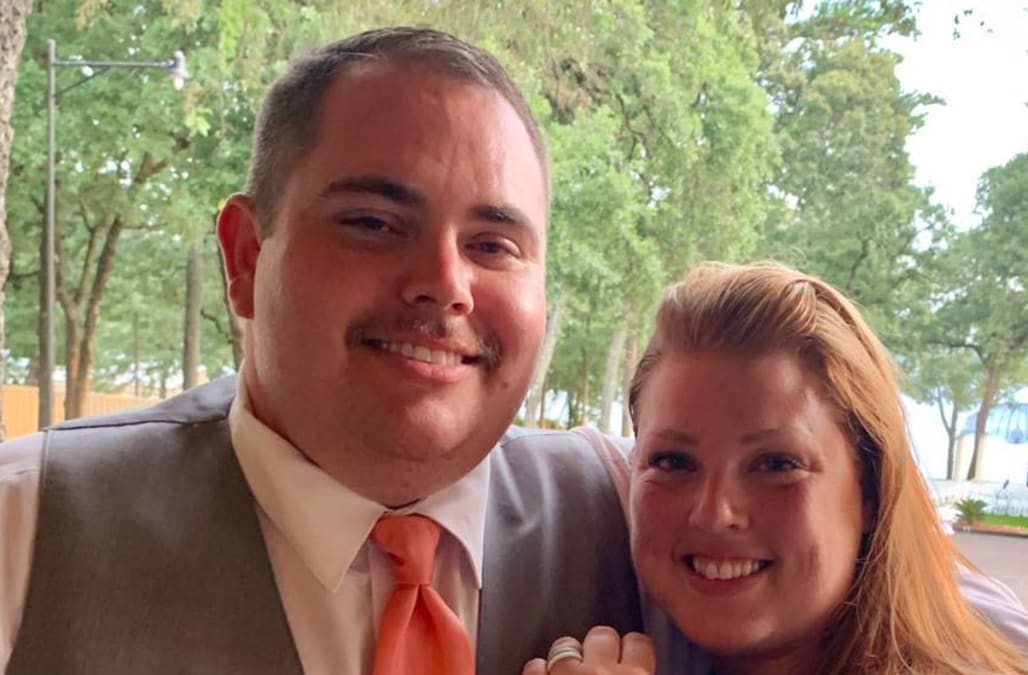 A Texas man was arrested after his fiancé saw a Facebook post of him robbing a bank the day before their wedding, KTRE-TV reports.

Heath Edward Bumpous was charged with aggravated robbery after his wife-to-be allegedly convinced him to surrender himself to the police. His confession came after his fiancé reached a shocking realization while scrolling through social media.

It all started when Trinity County Sheriff Woody Wallace posted photos of a suspected bank robber to his Facebook page last Friday. The images depicted a bearded man wearing all black exiting the Citizens State Bank in Groveston, Texas.

Bumpous entered the bank, told a teller he had a weapon and demanded money, police said. After receiving the cash, he fled the scene and dumped his clothes and gun, both of which were recovered by authorities.

The sheriff's Facebook page, which has more than 15,000 followers, posted about the robbery to see if any users could help identify their suspect. One of those users, it turned out, was Bumpous's fiancée.

The woman, who was set to marry Bumpous the very next day, immediately recognized her future husband and gave him a call. She told Bumpous he needed to turn himself in.

"His fiancée, who he was supposed to marry tomorrow, was able to get in touch with him on the phone when she saw our post on Facebook. She knew it was him. His picture was all on Facebook. He needed to turn himself in," Wallace said in a video posted to his Facebook page.

Bumpous heeded his fiancé's advice and headed to the Houston County Courthouse, where he confessed. It was then that he told police his motive.

"He basically stated that he was getting married tomorrow so he didn’t have enough money for a wedding ring that he wanted to buy and he needed to pay for the wedding venue," Wallace said.

The sheriff said that Bumpous's trial will be heard by a grand jury, adding that officers had managed to recover most of the stolen money. It's unclear when — or if — he Bumpous and his fiancé will finally have their wedding.