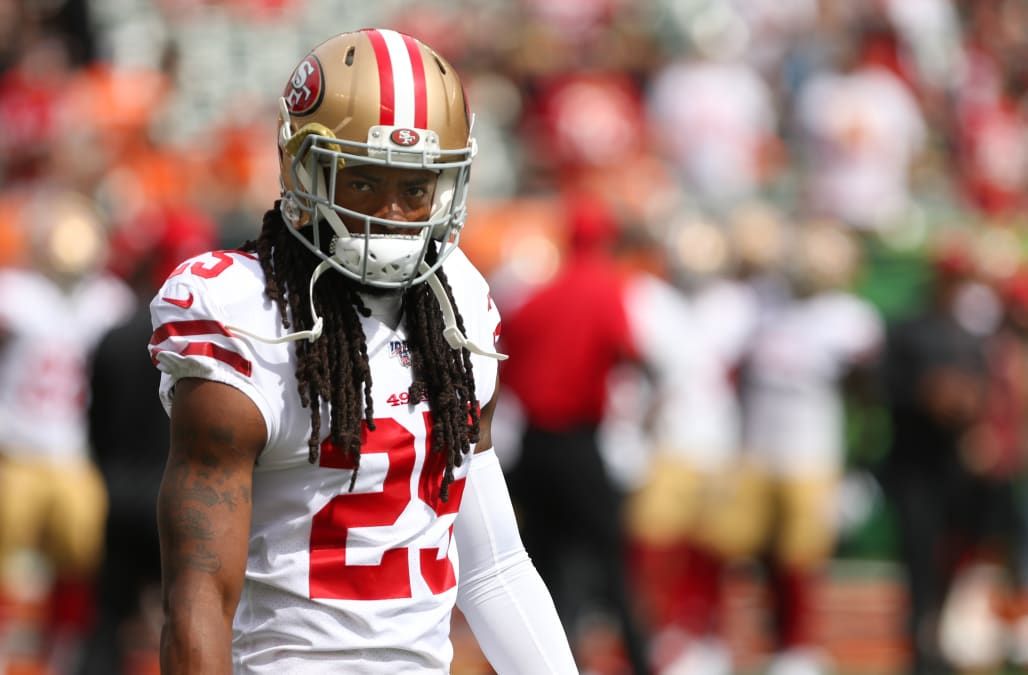 Richard Sherman had some extra motivation last week in a win over the Cleveland Browns and it spiraled into it’s own “-gate” since we live in 2019. The San Francisco 49ers’ cornerback said Browns star Baker Mayfield didn’t shake his head before the coin toss, calling it “some college s—” and crediting it for the extra enthusiasm.

Upon looking at the evidence, though, he realizes maybe it wasn’t what he initially thought it was. And he believes “DapGate” should end in an apology.

Sherman: Handshake ‘different than I remember’

After Sherman claimed Mayfield refused to shake his hand, he was caught in the lie when video clearly showed the two acknowledging each other before the Monday night showdown. He spent most of Wednesday defending his stance that he was really lit up by Mayfield running away after the coin toss.

So Richard Sherman claims Baker Mayfield refused to shake his hand at the coin toss. This video seems to indicate otherwise: pic.twitter.com/4CgOsLKLPL

He was back to explaining the situation on The Pat McAfee Show on Wednesday morning, starting with the fact he was in more of a “conversation” than a formal interview when he mentioned the moment. And after seeing what the world saw, maybe it wasn’t as big of a deal as he thought it was in the moment.

“Honestly, it still motivated me the same way,” Sherman said. “So when I saw the replay I was like, ‘mhm, that’s different than I remember it.’”

Sherman said he always shakes hands or pats players backs when they meet for the coin toss and that the way Mayfield was standing was what really irked him.

“As I’m walking up to him — he’s the next person in line — he’s just kind of standing back in line with his hands down. ... And it’s happening faster than you think it’s happening; you always think everything’s happening in slo-mo. He doesn’t take a step, he doesn’t look to move up. So I put my hand out just out of courtesy.

“And he gives me the little petty little slap on the hand and I took it as disrespect because the way he was standing back. He wasn’t walking up and approaching like everybody else. So I was like, OK. And I already felt some type of way at the beginning. It kind of reinforced what I felt.

“Once we got done with that, they called it, and he just turns and runs off. I’m like, ‘Oh gosh, this is what kind of day it’s going to be.’”

McAfee made the argument that there were five Browns out and four Niners, meaning there had to be one player caught in the middle and as shown on the video it looked to be Mayfield.

Mayfield has a target on his back after an offseason of bold statements and NFL fans are eager to pile on. When he’s involved in a story, especially one with some spice, it snowballs.

Sherman said he could have phrased the situation differently, but he meant it.

“I did feel disrespected. ... And at the end of the day, that’s all the story was, really,” he said.

The veteran said he would reach out to the sophomore quarterback so they could talk on the phone.

“He definitely deserves an apology. And my bad on that,” Sherman said on The Pat McAfee Show.

Baker Mayfield on the Richard Sherman handshake situation: “I know what I did. But that’s the one time the camera recording me has gone in my favor.”

As for Sherman, though: “It’s really not a big deal to me. I could[n’t] care less.” At least he acknowledged his place in the saga, but that’s “some college s—” in certain circles.