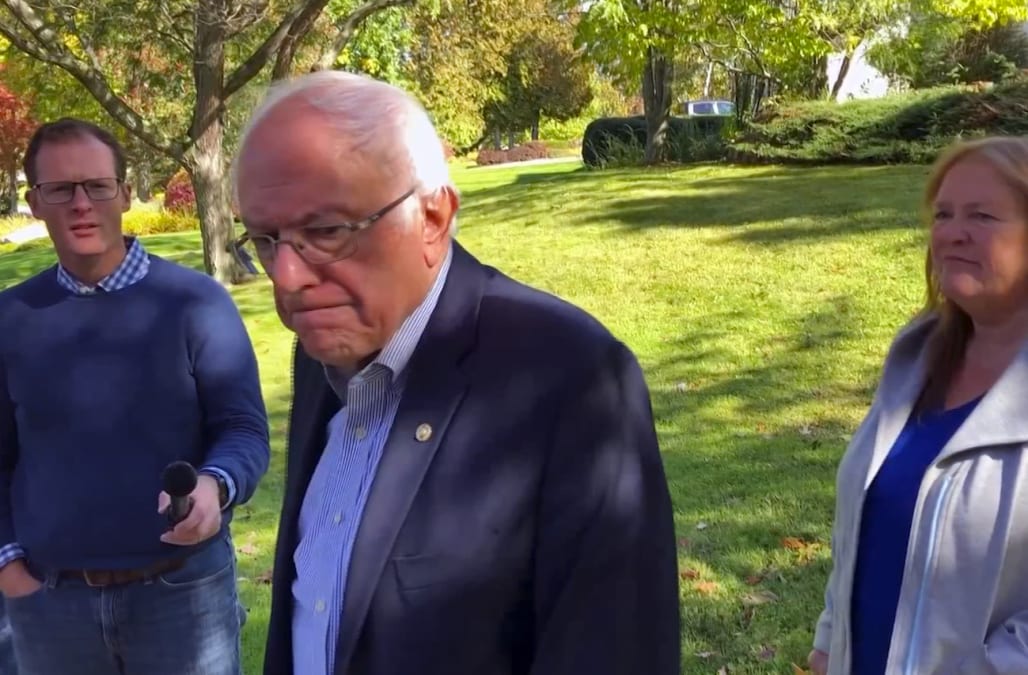 Rainè Riggs, a neuropsychologist and daughter-in-law of Democratic presidential hopeful Bernie Sanders, died on Saturday — two days after receiving a cancer diagnosis, according to an obituary shared online by Lee & Martin Funeral Home in Burgettstown, Pennsylvania.

“How do you go on day by day when your heart just keeps breaking over and over?” the obituary said of Riggs’ sudden passing. “Our world will never be the same.”

Riggs, who was married to Sanders’ son Levi, died the same day that the Vermont senator returned home after suffering a heart attack. According to the obituary, the mom of three had fallen ill three weeks before her death but doctors had been “stumped” as to what was wrong with her.

She was eventually diagnosed with neuroendocrine cancer at the University of Pittsburgh Medical Center. “Her last words were to tell her children how much she loved them and she was so sorry that she got sick. Her last moment was spent with her No. 1 cheerleader, her mother, holding her hand and whispering in her ear how much she loved her,” the obituary said.

Riggs served as the director of behavioral medicine at Dartmouth Medical School for several years and started the Palliative Care Department for Dartmouth Medical Center, the obituary said. She also owned Riggs Geriatric Psychology in Windsor, Vermont, and spent time volunteering with homeless veterans, pediatric hospice and at ground zero in the aftermath of 9/11.

Riggs loved to bake and pick berries with her children, the obituary added. “Rainè’s favorite pastime was spending time at the beach, whether at the lake or the ocean. She made sure the summer was filled with little trips and never wasted a day.”

More from HuffPost US:
Republicans called for Ukraine reforms in 2016 letter
Jimmy Carter says 80 would have been too old to be president
Amy Klobuchar blasts Julián Castro for sounding like a Donald Trump tweet in debate